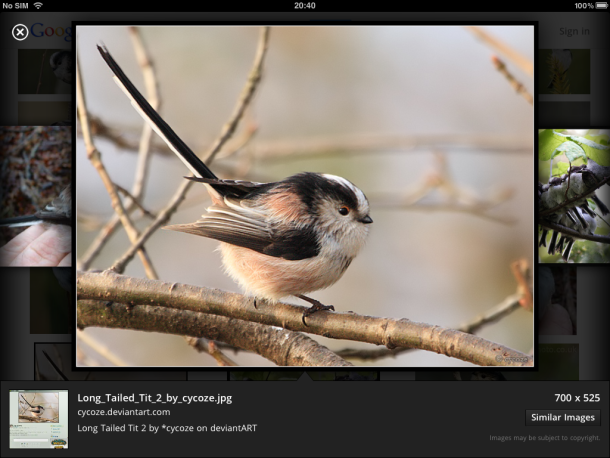 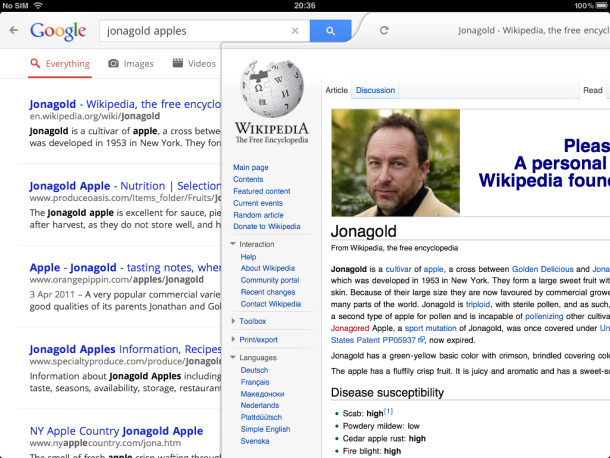 There was no denying that the previous Google iOS/iPad app needed a makeover, badly. Google announced today that such a makeover had finally arrived with major interface enhancements and overall better performance. The update has a much improved UI and brings several new features that make the interface more gesture-drive and visual orientated.

As an example of the new gesture-driven features, if you select a result it now slides in as a pane from the right and you can slide it back to the right to return to your search results. The iOS app certainly takes advantage of the large screen of the iPad, and looks rather good in landscape as well. Viewing image results is also more visual and gesture-based. If you tap on an image it brings up an image carousel where you can easily swipe to browse through related images.

The app also adds instant search, meaning that it starts browsing for search options even as you type out what you are looking for. This isn’t a new feature for Google and is present on the desktop, but still it’s nice to see it here as well.

The app seems like a fairly solid choice for search, especially for Google fans. Probably one of the most exciting things about this new app is that it actually works like it’s intended to. This might sound like something you should just expect out of an app already, but as Google’s  Gmail app proved at it’s launch in early November, it doesn’t always work out that way.

To get a better look at Google’s iPad Search in action, check out the video below: