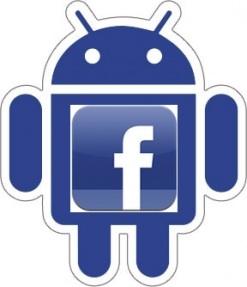 Not too long ago MySpace wore the crown as King of social networking. Fast forward today and MySpace is little more than a joke with Facebook running the show. The internet is a fast-paced ever changing world and social networking is no exception.

In order to stay relevant Facebook has tried to deeply tie itself to smartphones over the years, but with little real success outside of a Facebook app. Despite its struggle to develop into something more than an app, the company is now launching its own phone running on a customized version of Android and utilizing HTC hardware.

With the recent creation of a Paypal Facebook app that allows social networking in-app payments, such a move might not be a horrible idea and would allow a quick way to make payments through your phone. Although Facebook has its own apps and the new Paypal app, I really can’t see that much else about the phone that would make it special.

On the other hand, a custom version of Android with deeper software integration could possibly attract users while also allowing Facebook to monetize in-app payments. Despite no clear proof that customers really want such a phone, Facebook seems to have high hopes that such a product could sell well.

The biggest burden to customizing Android is that this doesn’t guarantee that Gmail, Maps, or even the Android Market will exist on the Facebook phone. Without these features it seems unlikely that such a phone can do well.

For now this is only a rumor and Facebook hasn’t officially confirmed the phone’s status or if it even exists. Is such a phone a good idea? Although I have my doubts, it is really tough to call at this point.