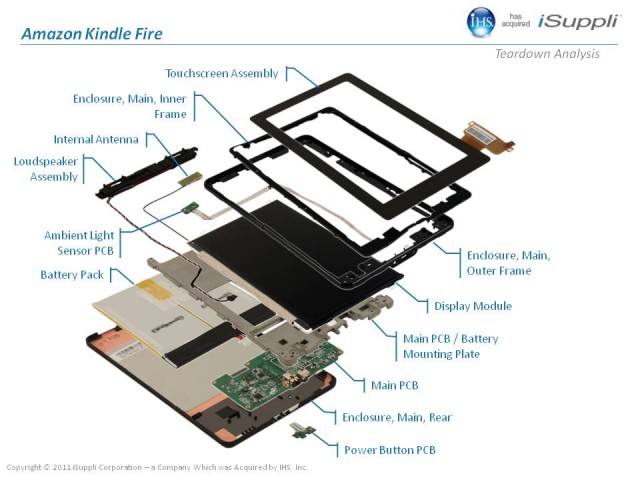 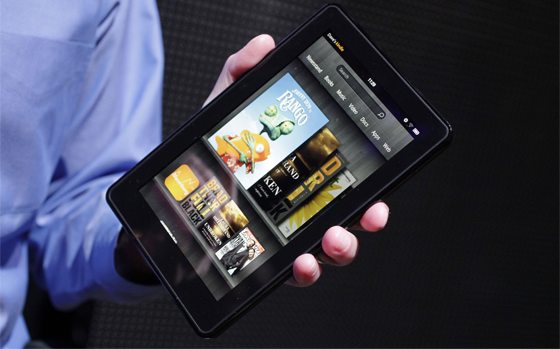 Before we start applauding the millions of pre-sales that are already behind Amazon’s Kindle Fire, keep in mind the expensive involved in developing the tablet. According to HIS iSuppli they performed a detailed breakdown of the Fire and have concluded that it would cost about $201.70 to manufacture each device.

Of course it is hard to account for how much of a discount that Amazon likely gets for ordering its parts in such bulk. Considering the break down also didn’t account for things like software development it still stands to reason that even with bulk discounts the cost of the Fire is slightly higher or about the same as the sell price.

Although many tablet developers couldn’t get away with this kind of model, it makes sense for Amazon. Amazon basically breaks close to even any time they sell a Kindle Fire but makes up for it through the sale of the digital media and features such as Amazon Plus. If they sold at a higher price Amazon would make more money on the hardware but might not sell as many total units and therefore would have fewer users to sell its multimedia content and books to.

The concept of selling at a loss is far from a new one, and is common practice for game consoles like the Xbox 360 and PS3. Technology also changes very quickly so even if Amazon is selling at a loss, this will change fairly quickly. Amazon Kindle Fire is still a very new product, but its success looks almost certain at this point.