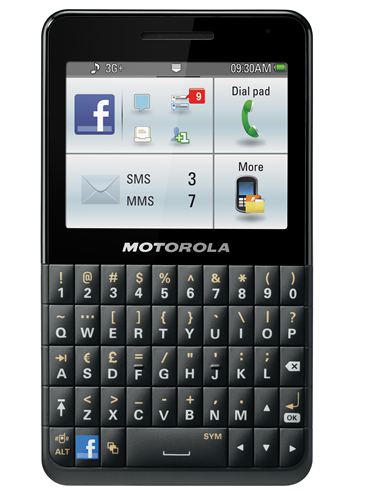 The HTC Status isn’t the only phone with a Facebook button on Telus anymore. Approaching people who want social networking on the go without the complexity and cost of a full smartphone, the Motorola MOTOKEY SOCIAL has just updated its status to “Just joined the Telus Prepaid family.”

To be available in stores starting on November 21, the MOTOKEY SOCIAL isn’t a smartphone. Instead, it’s a feature phone that is clearly geared toward the social networking fans in the audience. It comes with a 2.4-inch QVGA touchscreen, as well as a full QWERTY keyboard that includes a dedicated Facebook button.

Clearly hitting the lower end of the pricing spectrum too, the MOTOKEY SOCIAL is less than 10mm thin and comes with a 3MP camera. The user interface features five home screens, two interface themes, and plenty of integration to Facebook, Twitter, and so on. You also get Opera Mini and an email client. It’s no smartphone, but it’ll do the job for many folks. At $89.99 on prepaid, it’s pretty cheap too.