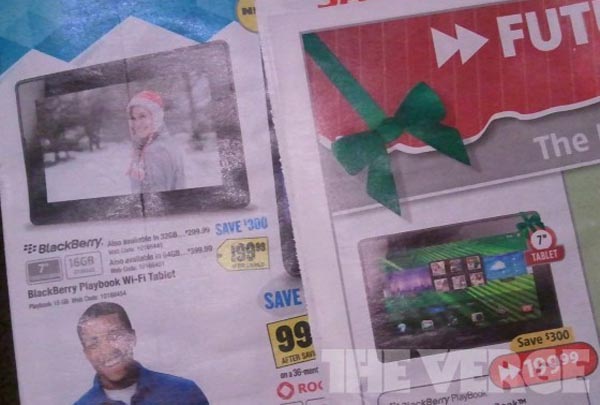 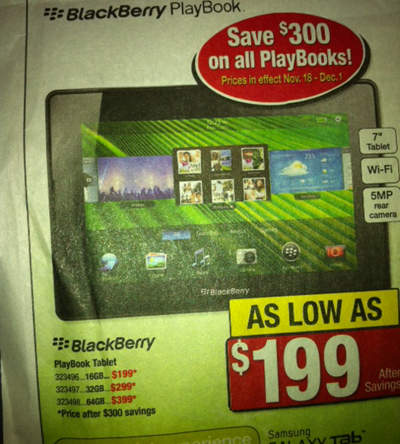 The HP TouchPad fire sale created quite the fervor and it looks like we’re ready for another wave of impulse tablet buying. Several retailers have officially cut the price of the BlackBerry PlayBook by $300. What this means is that you can now go out and buy the 16GB RIM tablet for just $199. That’s assuming that you find one in stock.

The sale will apparently begin at Staples starting on Nomember 18th and the sale will run until December 1. If you want to spend more, the 32GB and 64GB model are receiving the same $300 cut, bringing them down to $299 and $399, respectively. But Staples isn’t the only place participating.

It turns out that the same deal is being offered by Best Buy and Future Shop in Canada too, as well as what appears to be Wal-Mart. I suppose part of the motivation is to clear out stock for the holidays, but the PlayBook could represent a much better buy than the TouchPad. Even though RIM is hurting, it’s unlikely they will discontinue QNX any time soon, so the PlayBook will still get plenty of support. RIM might be crazy enough to release a PlayBook 2 for all we know. Sales of the current PlayBook have been lacking, but I have a feeling they’re going to be sold out everywhere well before the weekend is out. 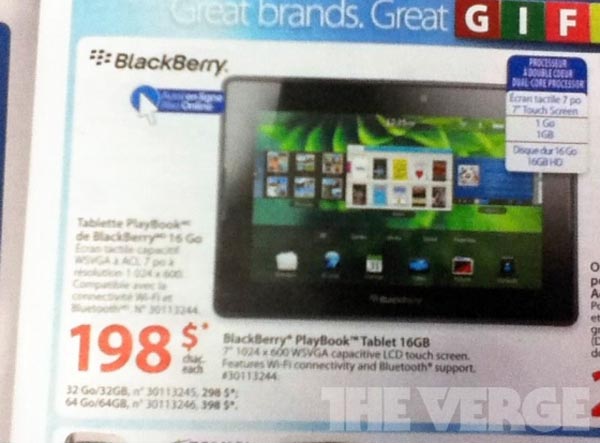