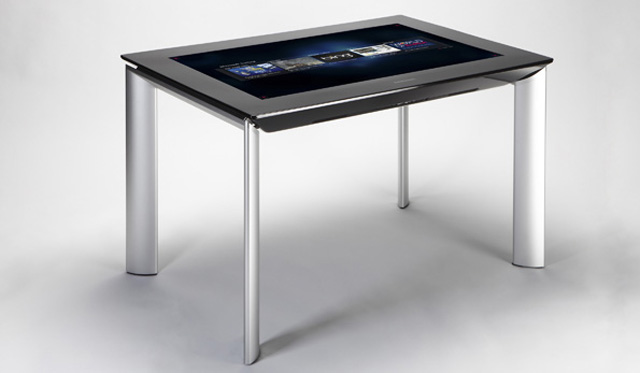 The first generation Microsoft Surface seemed like such a novel product, but it didn’t quite get as widespread an adoption rate as some folks may have hoped. Well, the second Surface is now available for pre-order in over 23 countries and it brings some fun innovations to the table (terrible pun intended).

The Microsoft Surface 2 was a joint project with Samsung and it bears the model name SUR40. The fundamental concept is the same: it’s a table with a giant touchscreen on it and this touchscreen can recognize certain objects that are placed on it. However, much like the move in tablets and smartphones, the Surface 2 SUR40 is significantly slimmer and sleeker than its predecessor.

Rather than having a bulky pedestal to house its internals, as was the case with the original, the Surface 2 is able to get all of its components integrated into the 40-inch multitouch display. They used Microsoft’s PixelSense technology to slim things down, getting rid of the five camera array in the first Surface. The new Surface can track up to 50 touch points at the same time.