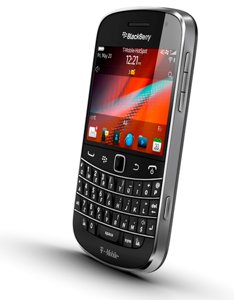 We recently showed off the Blackberry London, an allegedly new phone from Blackberry that features a full-screen, the upcoming BBX OS, and no traditional Blackberry keyboard. If the leak proves true it shows off a device that is very different in design from the company’s traditional offerings and follows the footsteps of Android smartphones and iPhone designs.

According to Engadget, a source from RIM states that the company still intends to support its traditional keyboard layout phones as well. The source didn’t confirm the London but it did talk about RIM’s intention to maintain choice within its product portfolio. This leaves us to speculate what exactly is meant by that. Is RIM intending to keep their older Blackberry OS running alongside its BBX-based phones? Or will we have both keyboard BBX phones and models like the London as well?

In recent years Blackberry has lost a lot of ground to Android and the iPhone. Even Windows Phone 7 it starting to fare better than RIM. So why has this occurred? A major criticism has been that RIM’s phones just don’t look as sleek or modern as other smartphones on the market. The Blackberry OS is also starting to fall behind, from a technology point of view. So is their really a need to keep the old-style keyboard phones or the older-style OS? I guess it depends on who you ask. There are probably legacy apps for some business users that they just can’t leave without, though I’m sure alternatives for such programs will become available for BBX. Until we get more solid information all we can do is keep speculating.