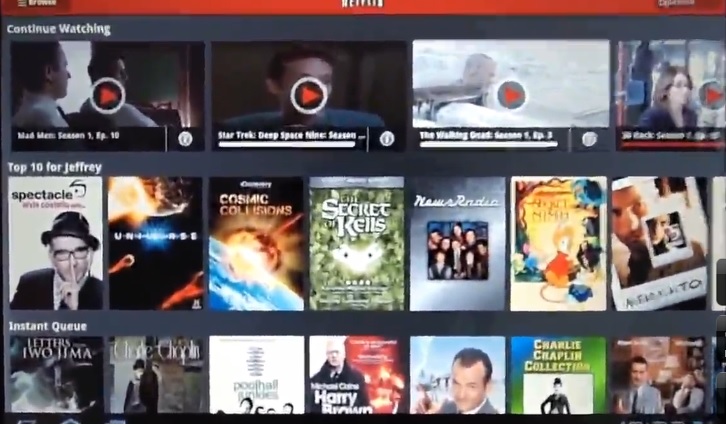 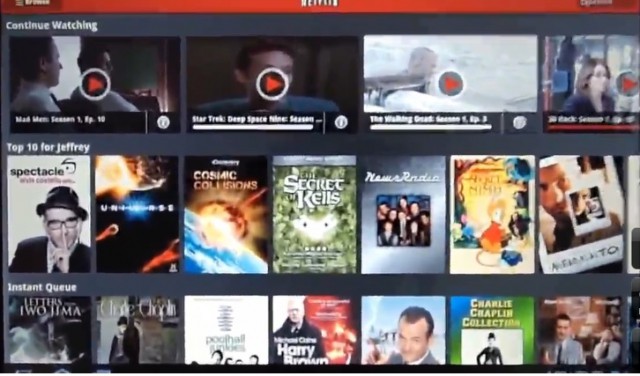 Today Netflix released the newest version of Netflix for tablets, well at least for those of us with Android tablets. Unfortunately if you are a user of an iPad you will have to wait a little longer to get an update. It might seem a bit odd that Android got the update first but considering the launch of the Kindle Fire and the upcoming Nook Tablet, it really isn’t that surprising.

There is little argument that Netflix for Android badly needed an update from its horrible train wreck of an interface that really was designed with the phone in mind, and not tablets. So how does the newest version fair? I decided to fire up my ThinkPad tablet and give the newest version a try. Was my experience good or bad? Well, it’s actually fairly mixed.

The new interface is very similar to what we’ve seen on game systems like the Xbox, Wii and PS3. The app is simple to use and you can swipe down to look through different categories or swipe the side of any category to scroll through the titles. When you click on the movie poster icons a dialogue box opens up that gives a description and allows you to add it to your queue or play it now. There is also a browse button in the upper left that allows search navigation.

The interface looks good, but unfortunately my ThinkPad didn’t run the app as smoothly as I would have hoped. My particular model features a Tegra 2 and 1GB of RAM, and yet the navigation is choppy, slow, and a bit annoying at times. I have to really reexamine Neflix’s claim that this will work on ALL Android tablets. Single core tablets are likely to have even more trouble with navigation than I did, I would wager.

Once you click on the video the experience actually is just fine. Shows in HD on Netflix looked much clearer than in the previous version and so I can say that viewing is fairly enjoyable with the update. There are a few annoyances like bars on the side that can’t be adjusted, but this doesn’t break the experience and is only a mild nuisance.

Overall Thoughts About the App

The newest version of Netflix is worlds apart from the last one, but the navigation issues and overall lag in the app can make the experience just a little frustrating. I wish that ratios could be adjusted and that we weren’t stuck with bars in videos. I also think that getting out of apps internally without having to use Android’s back button would have been a nice touch.

You also have to wonder what Netflix was testing this app on. When Lenovo, Acer, Asus, and HTC bring out their Tegra 3 machines we might have hardware choices that can run this version without any lag. For those of us stuck with dual-core and single-core processors on our tablets? We have no choice but to forgive Netflix of its small issues with the new app and be glad at least that we aren’t stuck using the last version. Maybe another update down the road will optimize Netflix further and we will have a decent interface that runs smoothly as well. For now, I will accept what we have on the table and keep my fingers crossed for future updates.