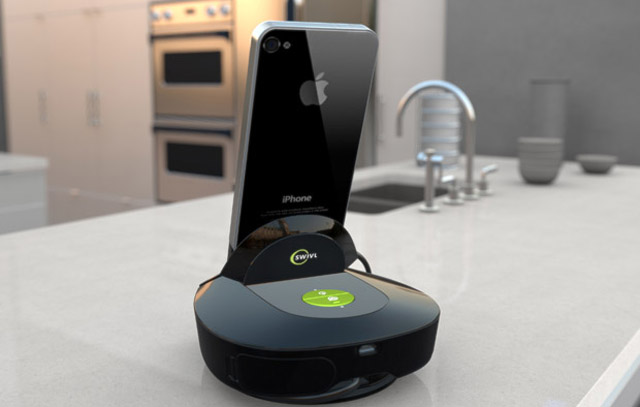 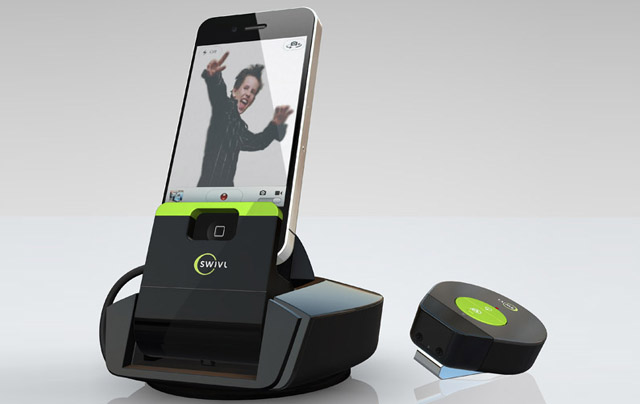 This sounds like a pretty neat idea. Basically, you dock your iPhone in the Swivl, hit record, and it will automatically track you around the room making sure that you stay in frame. This is great for FaceTime and many other situations.

To be fair, the Swivl doesn’t really track you the way that you’d expect. Instead, it’s really keeping track of the marker. You can place that on your person (which almost ruins the shot), hold it, or attach it to the thing you want the camera to follow. It’s not ideal since it’s not terribly stealthy, but it does seem to be a cool concept.

While the developers did create the Swivl (it was originally called the Star) for the iPhone, it could just as easily work with any number of compact camera that are about the same size. It’s just that the cameras won’t be able to make sure of the iPhone charging function. The original prototype only did horizontal tracking, but the final product will tilt vertically too.

The goal is to have Swivl launch in North America in early 2012 for an expected retail price of $159.99.