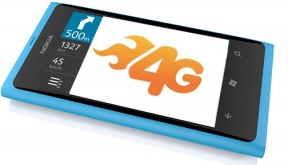 It’s no secret that Nokia lost out on what they used to be in the United States. When Nokia announced its smartphone for the European market, many wondered when it would hit the Western world. According to Nokia they plan on bringing the technology overseas very soon. The reason for the delay was to make sure they could make their smartphones appealing here in the US and Canada without cutting into established provider markets like Android and iOS. According to Nokia they will be targeting their Windows devices towards first time smartphone users that are intimidated by the technology and want something easier to learn. With Windows Phone 7 having tight integration with Facebook, Twitter, and more Nokia believes that Windows smartphones have a strong appeal to those who have been hesitant to make the switch from feature phone to smartphone.

This is only part of the strategy, however as it seems that Nokia has also been waiting to release its phones until they are ready for LTE support, a feature that Windows Phone 7.5 doesn’t offer. It seems that in order to support LTE they are either waiting for Tango or planning to use Mango-based code drops that include LTE functionality. It seems that AT&T is a big part of this plan and Nokia plans to offer an LTE-version of the Lumia 800 through this network. The Lumia 800 may not have the largest screen or a front-facing camera, but it is a solid Windows 7 phone. Without any solid confirmation from Nokia, we shouldn’t get our hopes up, but a version that works well with 4G technology certainly sounds like an appealing idea.