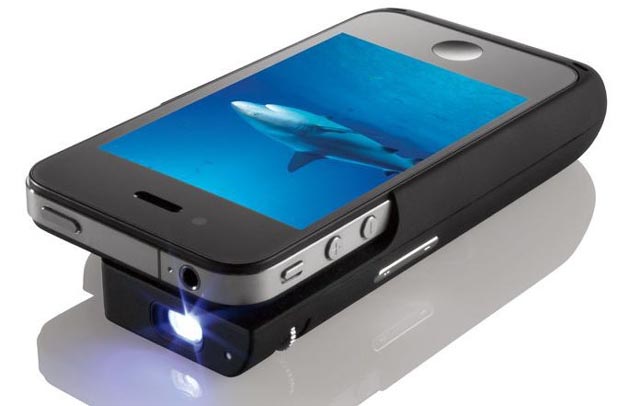 Yes, your Apple iPhone 4 may be a pretty cool little smartphone, but it’s not exactly conducive to sharing your experience with those around you. Well, this relatively simple idea from Texas Instruments and Brookstone should help with that. Say hello to the Pocket Projector.

Designed for the iPhone 4 (though it will presumably work with the iPhone 4S too), the Pocket Projector looks basically like a bulky case for the smartphone that happens to pack a DLP pico projector inside. The native resolution is just 640×360 pixels, but it can project an image of up to 50-inches from a distance of eight feet. That shouldn’t be too shabby for a short video or brief presentation.

It’s not the brightest thing in the world at 15 lumens (LED lamp), nor will it be particularly loud with its 0.5-watt speaker, but at least it’s something. The 2100mAh internal battery on the Pocket Projector doubles as a backup battery for your iPhone too. And yes, it’ll work with any app that supports a dock connector-style video-out protocol. It ships in two weeks for $230. 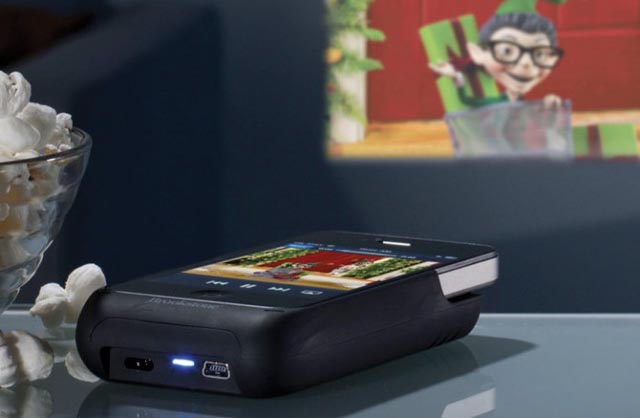