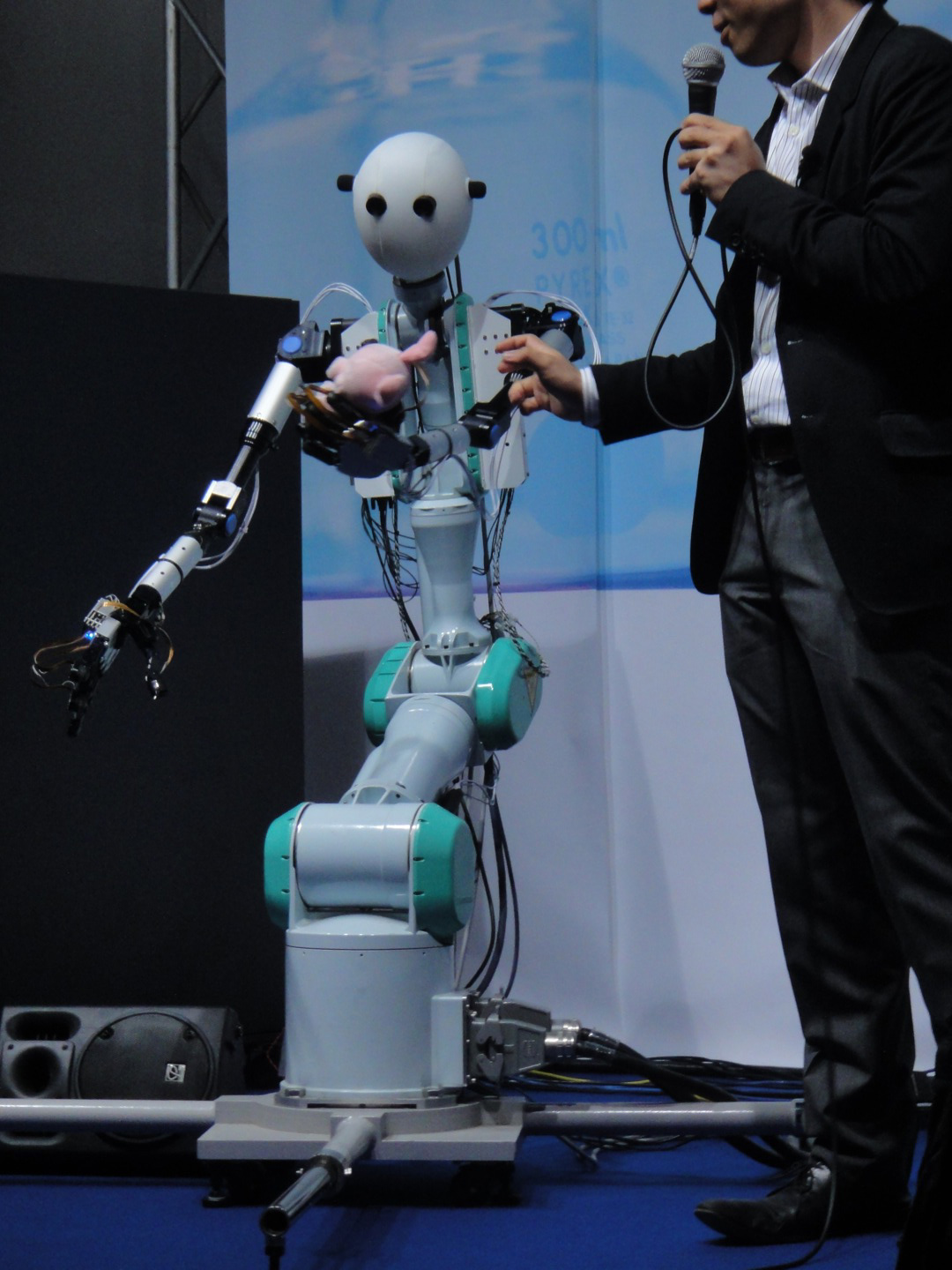 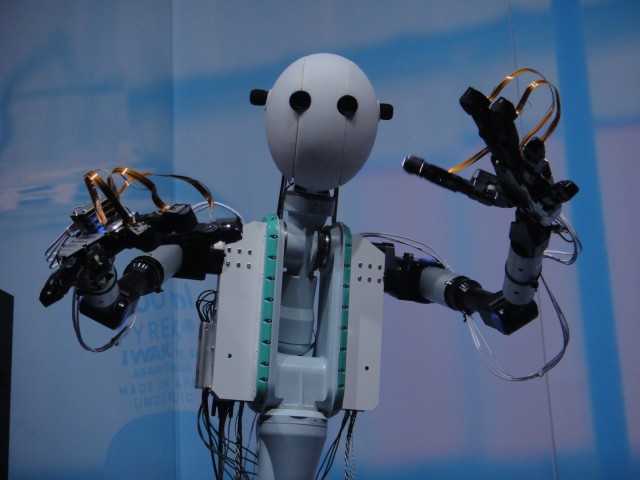 It turns out that “Surrogates“, staring Bruce Willis, might not have been just a movie after all. For those who haven’t seen it, in the near future when people don’t interact with the environment themselves and instead have human-looking robots they control remotely do everything for them. Telesar V might not be nearly as sophisticated as the robots in Surrogates, yet the concept is still pretty similar. Telestar V is a telexistence robot system being researched by a group at the Keio University led by Professor Tachi.  The idea behind the technology is having a robot you can remotely control.

Through the remote robot you can see, hear, and now even feel what your telexistence robot can feel. With this revolutionary system if you extend your hands, then the robot mimics the same movement. At the same time you can hear your surroundings like you are there, and special sensors have even been added that communicate what the robot’s fingers are touching.

Telesar V is a telexistence robot system, being researched by a group at Keio University led by Professor Tachi. Telexistence is a concept first advocated by Professor Tachi in the 1980s. The aim of this technology is to free people from time and space constraints, by using remotely operated robots to interact with the remote environment.

The operator of this avatar-style robot uses a 3D head mounted display which covers the entire field of view and sees exactly what the robot can see. The sense of touch, recorded using force vectors and temperature data, is also transmitted allowing them to feel the shape and temperature of objects around them. 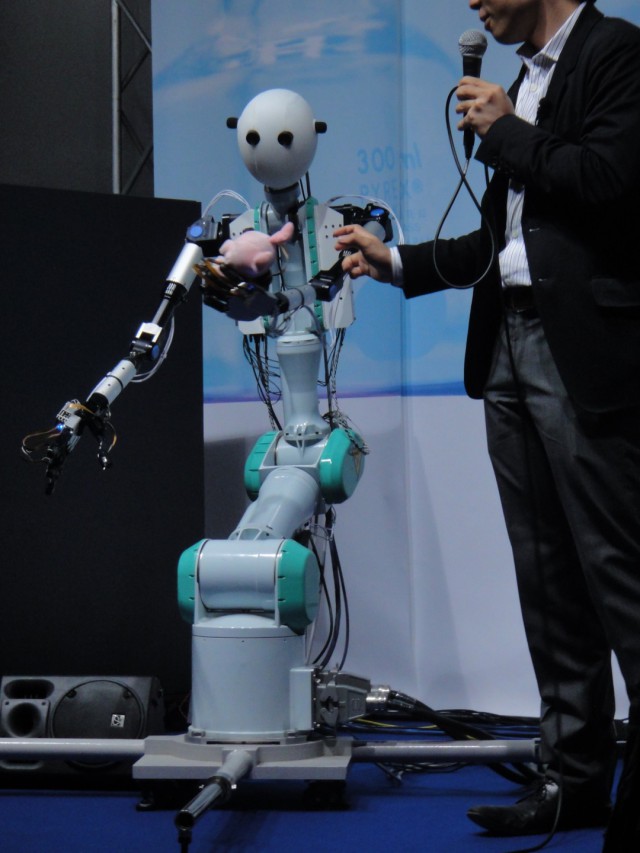 The robot consists of a body, arms, and hands. The boy has 7 degrees of freedom, the head has 8, and the arms have 7 joints. The hands can’t move quite as freely as a human’s but they do come pretty close.

Overall this looks like a fascinating technological breakthrough. Today this technology is still very much in prototype stage and very expensive, but in time this could change. Imagine the possibilities from field research, planetary exploration, and even military reconnaissance. Has to make you wonder what role humans will play in a future filled with robots.