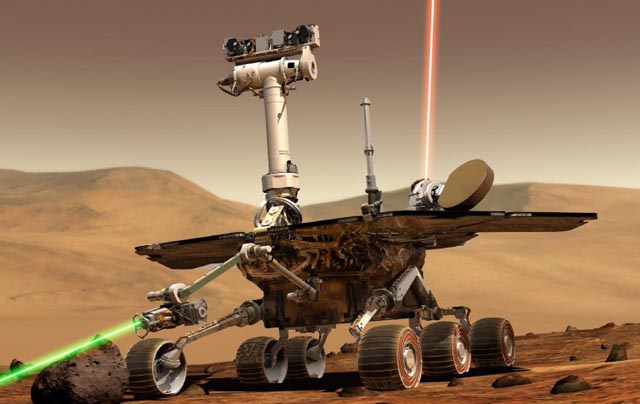 You know the cool thing about science fiction? Some of that stuff actually turns into science fact eventually. And the latest geeky endeavor by the folks at NASA is the development of a tractor beam. Yes, just like you see in the Star Trek and Star Wars universes.

To be fair, the NASA tractor beam is still in the very early development stages and the initial models won’t be really good enough to pull in rogue spaceships. Instead, the goal is to use these tractor beams to more efficiently and effectively capture space particle samples.

There are three approaches that they are considering. First, there is an “optical vortex” wherein two counter-propagating beams of light create a geometry that confines the particles to the dark core of the overlapping beams. The air around the particles are heated and the beam moves along the ring’s center. However, this requires an atmosphere, so it won’t work on, say, the moon’s surface.

Another possibility uses electromagnetic effects with optical solenoid beams. The intensity peaks spiral around the axis of propagation, creating a force that drives particles in teh opposite direction of the source of light beam. And third, they’re considering a Bessel beam, inducing electric or magnetic fields in the path of the object, pulling the object against the movement of the beam itself.

The video below shows us how they can theoretically “make it so.” Oh, and if you’re wondering why there is no sound, it’s because no one can hear you scream in space.