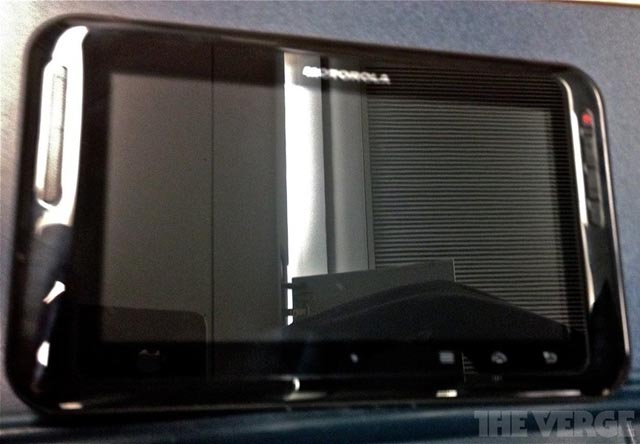 For the longest while there, the Logitech Harmony series was the be-all and end-all of ultimate TV remotes. That might be changing, because we’re getting a sneak peek at the Motorola Corvair; a 6-inch tablet-ish device that will presumably control your television in more interesting ways.

This unofficial leak shows off the device itself, which is a 6-inch tablet, as well as a series of specs labeled on the retail box. From there, we can see that it uses Android 2.3 Gingerbread and comes with WiFi, a 4000mAh battery, and IR connectivity. The assumption is that it’ll play nice with Motorola cable boxes.

What’s interesting is that the UI on the TV appears to be mirrored on the tablet. This could mean that the tablet could serve as a “picture in picture” kind of controller too, allowing one program to be shown on the big screen and another program on the smaller screen. Maybe. We’re hearing that the Corvair is being tested with various cable providers at the moment.

Would you buy a dedicated Android remote for your TV and cable box? Or does this simply make more sense if they include it as an “app” on a Xoom tablet or Droid phone of some kind? 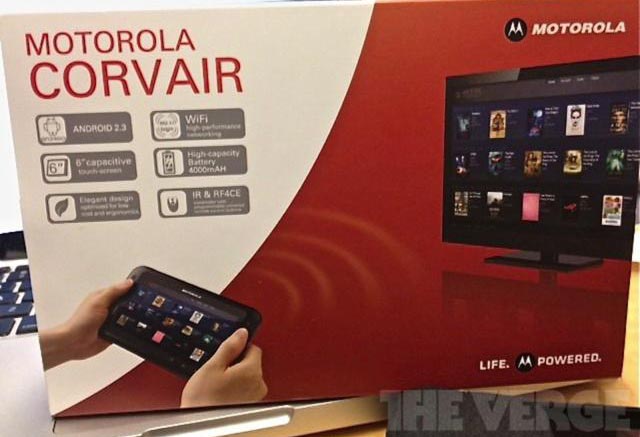