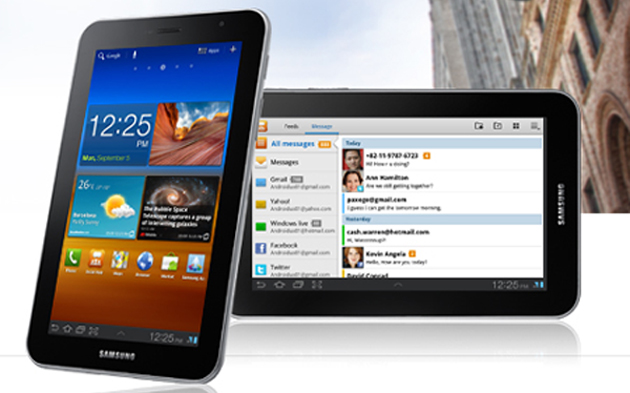 Maybe you like the overall package that the Galaxy Tab 10.1 brings to the table, but you prefer the more compact size of the original Samsung Galaxy Tab. Well, you can now get the best of both worlds with the recently released Samsung Galaxy Tab 7.0 Plus, which is hitting American store shelves just a touch ahead of schedule.

It was originally stated that this version of Sammy’s Honeycomb tablet would be available until November 13, but it seems that it is available for purchase through Amazon, as as well as other larger retailers across the nation. Yes, this only represents a little more than a week, but it means you can give yourself an early Christmas present right now.

As a quick refresher, you get Android 3.2 Honeycomb, a 1.2GHz dual core processor, either 16GB or 32GB of internal storage, a microSD expansion slot, a 2MP front camera, and a 3MP rear camera. This is all on par with the rest of the current Galaxy Tab range, which also includes options with 8.9-inch and soon 7.7-inch displays too. The 16GB and 32GB of the Galaxy Tab 7.0 Plus carry an MSRP of $399 and $499, respectively.