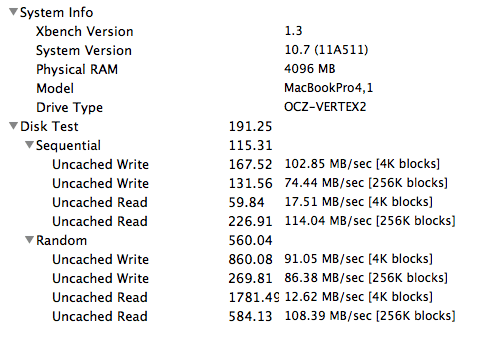 Some of you may be on the fence about going down the SSD route. Well, we’ve decided to do a bootup comparison of two nearly identical MacBook Pro models. Both are 2.5Ghz MacBook Pro 15″ with 2GB RAM running a fresh copy of Lion. The difference however, is the one on the left has a 7200RPM 500GB Seagate hard drive with those spinning disc platter things that take forever. And on the right, a freshly loaded 120GB OCZ Vertex 2 SSD harddrive. You tell me what you want to live with after watching the video. 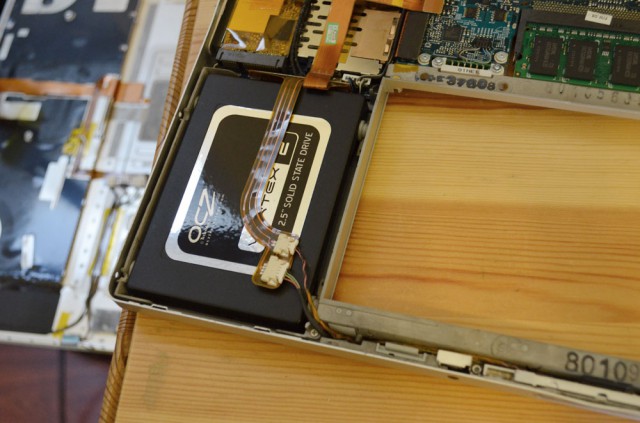 The benchmarks on the SSD are phenomenal. Uncached Write speeds were hitting 74.44 MB/sec, Uncached Reads were hitting 17.51 MB/sec. Performance on this was better with larger blocks. You can compare to our xBench score here.

The SSD drive boots in 14 seconds and beats the Seagate even when being powered up after. Everything seems faster too, launching windows, multitasking, tabbed browsing. This is probably the most affordable way to upgrade your computer while actually feeling a big difference. Not to mention, if you’re prone to dropping your notebook, SSDs don’t suffer the same head crashing that traditional platter hard disc drives do. If you want to know how to do it yourself there’s plenty of resources all over the web about hard drive swapping on the MacBook Pro.

The OCZ Vertex 2 SSD is actually on sale now for $150 from NCIX. 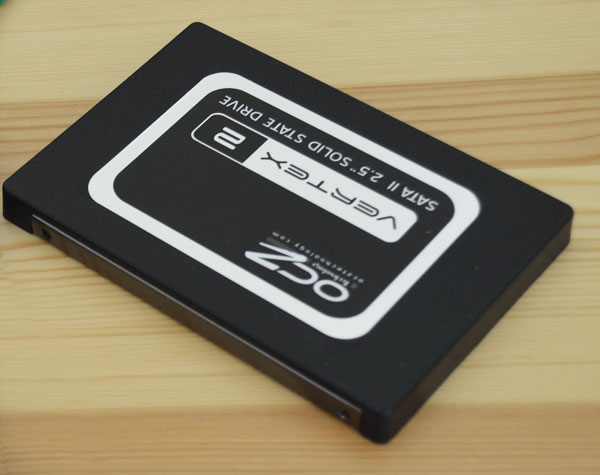