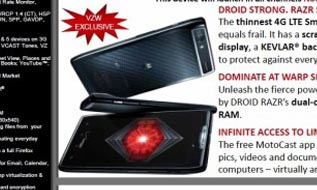 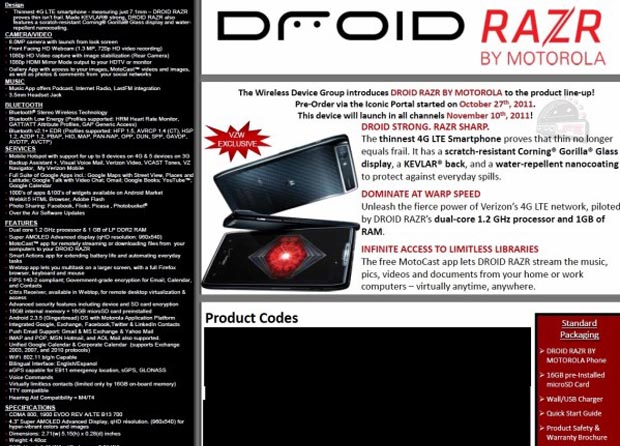 We’re getting there. We had months of rumors. Then, they announced the phone. Now, we’re finally getting a firm release date and pricing scheme for the hotly anticipated Motorola Droid RAZR. She looks to be a thing of beauty and you’ll be able to get your hands on the new generation of RAZR on November 10.

It has been announced that Verizon “hopes” to launch the new RAZR smartphone “by November 10” at the latest, though it’s possible that you could get the new Droid some time before that. Pre-orders started a while back already, so the assumption is that those folks would get first dibs. Verizon has priced the Droid RAZR at $299 on a two-year contract.

To my knowledge, there’s still no firm launch date with Rogers in Canada, but they did say that it would say it would launch “in time for the holidays.” As a quick refresher, this Android superphone boasts LTE, a dual core 1.2GHz processor, 4.3-inch Super AMOLED advanced qHD display, 1GB RAM, 8MP camera, Gorilla Glass, and laser-cut woven Kevlar fiber. This is the first Android handset to come out of the Motorola stable since the big G stepped in. We have high expectations for it, stay tuned.