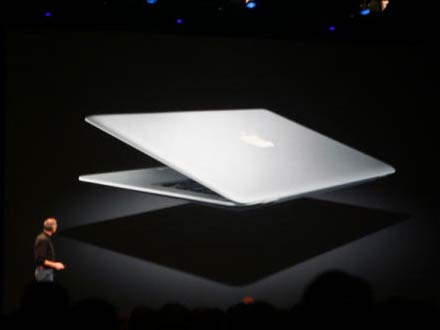 Apple’s MacBook Air ultraportable notebooks have been incredibly popular, but are only available in 11 and 13-inch models. This might soon change as rumors have emerged that the company is already in the late testing stages of producing a new ultra-thin 15-inch and 17-inch notebook, although there’s a possibility that these new additions will be branded under the MacBook Pro series instead of Air, they’ll be quite similar.

While the 11” and 13” MacBook Air notebooks could serve as lower-cost laptops, the next-generation thinner 15” and 17” models could feature additional RAM, faster processor, and a possible option to add in a second hard drive (with the removal of the optical drive) to use in conjunction with the SSD.

The probability of Apple being far along in the development of these machines is good, and it may only be that the company is waiting and watching to see how an updated MacBook Air fares on the market before deciding whether or not customers are ready to embrace a similar form factor. In any case, there is good chance that we’ll see a larger, Pro-level ultraportable before 2012.