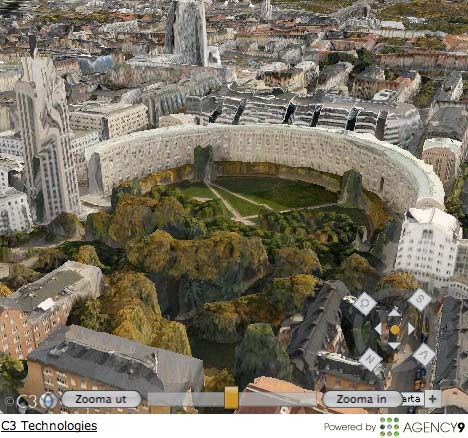 Last year it was rumored that Apple acquired C3 Technologies, an advanced 3D mapping company. Perhaps you use Google maps and their 3D map modules which is available exclusively on Android OS. Since Google does not willingly give this technology to iOS devices. Apple also purchased 3D mapping company Poly9, and now the acquisition of C3 Technologies has been confirmed. Besides these two companies, Apple acquired Placebos too, a company specializing in maps. It is clear that Apple wants to get rid of Google in terms of geolocation services and anyone else to fall on the way is just a casualty of being in the same arena as Apple.

With this much information, we can piece together that Apple’s plans are to completely change the iOS mapping features and provide a similar service, or even better, than Google Maps.  But, the true “magic” stands behind the technology purchased with C3 Technologies. The Swedish company a 3D mapping technology similar to that of the military to guide missiles, and with its help they could achieve photo-realistic models of buildings, landscapes, and even trees. Imagine that you open Maps and you could see parts of the world in 3D with rich details. Of course, such technologies will not be available this year or in the first part of the next, but Apple’s intentions are quite clear and they seem to be very determined to make it happen.

Looking at the way Apple has made previous strategic moves, we can say that this geo-location system will be very interesting.