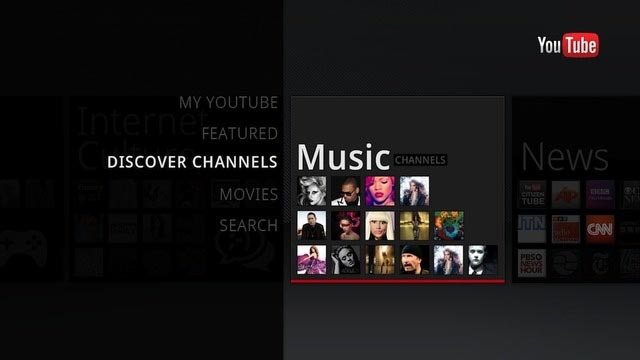 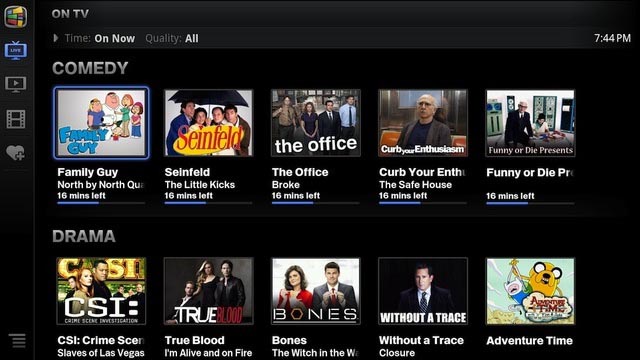 Google already dominates a significant part of my life, but it hasn’t really infiltrated my living room just yet. The search engine giant wants to do that and that’s why it has just launched the all-new Google TV 2.0. This follows in the footsteps of the original Google TV launched last year, but it comes with some new hotness in the form of apps, Honeycomb, Discovery, and more.

Google TV is still meant to function as a supplement to your usual cable subscription, but they’ve expanded the scope to include more goods. For instance, you will notice that Google TV runs on the tablet-friendly Honeycomb Android operating system. This cleans up the UI and makes it a little more familiar. This also lets it run a whole whack of applications.

To be fair, most of the apps aren’t going to play friendly on your TV, but they have about 20 or so right now that have the proper resolution and formatting. This makes it easier for content providers like Pandora and Netflix to get to you through the Google TV framework. Google plans on creating a sub-section in Android Market for Google TV apps.

One thing that I think is pretty cool is that when you look up a TV show, it won’t just show you when it’ll be airing next on regular TV; it also gives you the other options to watch that show, including YouTube rentals and Amazon purchases. That’s flexibility. It’s also cool how YouTube automatically plays a related video when your chosen video ends, instead of just sitting there blankly waiting for you to choose the next clip.

The Google TV 2.0 update is set to hit compatible Sony devices on Sunday with the Logitech Revue update following “shortly after.” 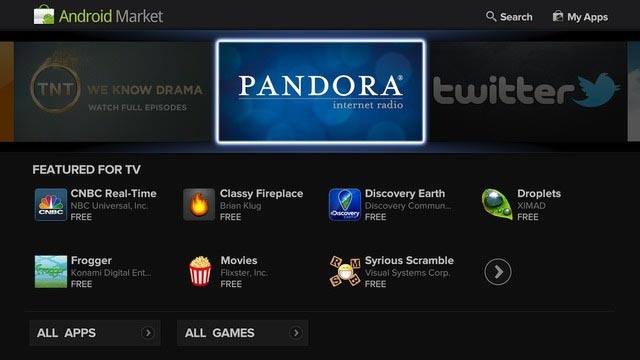 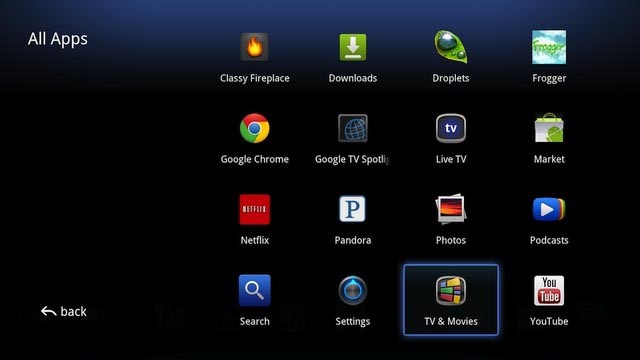