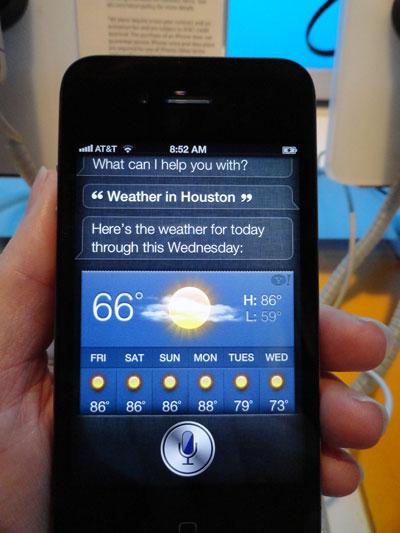 Bad news is coming your way if you’re in California, perhaps its behind you right now with lights flashing. If you’ve nabbed the latest iPhone 4S and love talking to Siri, even while driving, you might find yourself in big trouble with the law. Apparently, using Siri when driving in the state isn’t exactly legal because it isn’t completely hands free.

Lt. Chris Monahan of the San Jose police department draws attention that it’s only legal to talk to Siri as long as it’s not in your hand. But if you need to touch Siri, you better abstain, the police officer says. And don’t even think to oblige, if Siri’s inviting you to read some directions off her you could easily be distracted!

It appears that the real problem with using Siri on your iPhone whilst driving is that you still need to use your fingers to hit the home button to activate the voice assistant, and then of course, there’s some touch required when using Siri and this is where it falls under the California law’s steel shoe.

But there might be a way out of this, as some spokeswoman for Apple said that Siri’s voice assistant can also be activated via a Bluetooth device or headset.