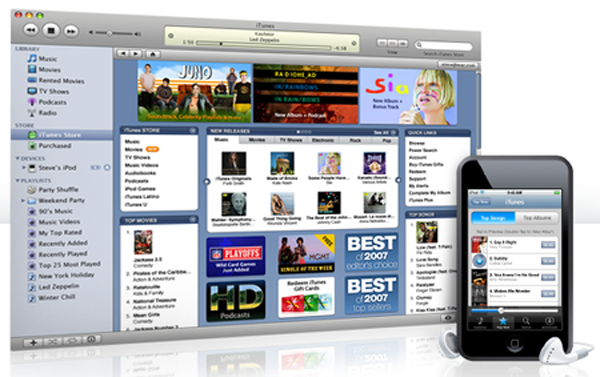 I don’t think I’ve ever used “Apple” and “open source” in the same sentence without having to throw in a “no” or a “not” in there somewhere. Throwing my head into a bit of a loop, Apple has now formally announced that they will offer their Lossless Audio Codec (ALAC) to the open source community.

Making me wonder if this was a part of Steve Jobs’ plan all along or whether it came from someone else in the company, I suppose Apple recognizes that the reverse engineering community had already figured out Apple Lossless back in 2005. Since then, we’ve seen the audio compression format make its way onto such players and platforms as Plex, VLC, XBMC, and Boxee.

In case you’re not as familiar, Apple Lossless was a codec originally introduced in 2004, compressing audio files between 40% and 60% without any noticeable loss in quality. That’s why it’s a “lossless” audio codec; it’s been used across all Apple products since then, including Macs, iPods, and iPhones. You can get more details about the open source project at MacOSforge.org. It’s being made available through the Apache license.