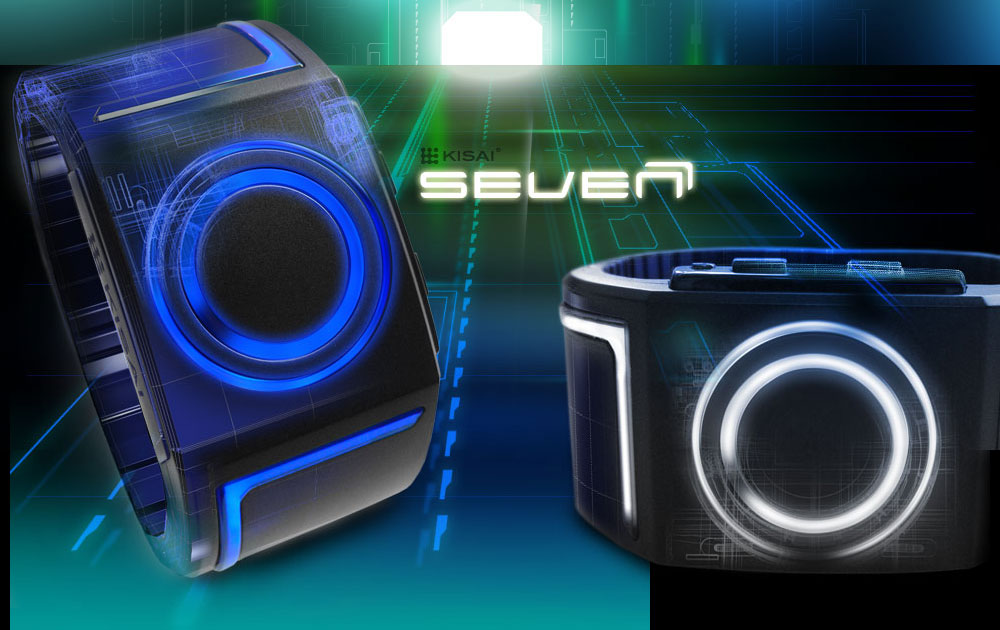 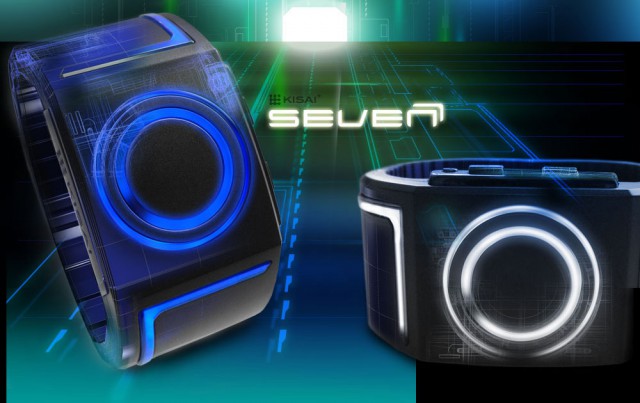 Tokyoflash is a company well-known for adding a lot of useless innovation to time keeping.  Rather than just telling you the time they want you to have to think about it — perhaps even compute it. The newest addition is the Tron-inspired piece which has the wrist-wrapping feature that looks like its from the future.

The Kisai Seven is the name, and it incorporates two pulsing LED rings in white or blue. It can also be customized through three animation pre-sets. The two pulsating rings exude a cool futuristic design that brings an ultra-modern look to the watch. Though Kinasi Seven appears somewhat unconventional, the two rings serve as the “arms” that point to the minutes and hour just like the normal watch so there is no need to worry about reading the time. The inner ring is the hour while the outer ring is the minute hand.

With its hard plastic case that is curved to fit the wrist, Kisai Seven also provides a strap section made of polyurethane with seamless butterfly clasp located at the back. You can adjust the strap by cutting it down until the size perfectly fits your wrist. Since Tokyoflash is also popular for its limited edition designs, you can be assured to have an original watch.

You can now place your order as the company holds its special two-day only price of only $99 because in the coming days, the price will increase to $139. 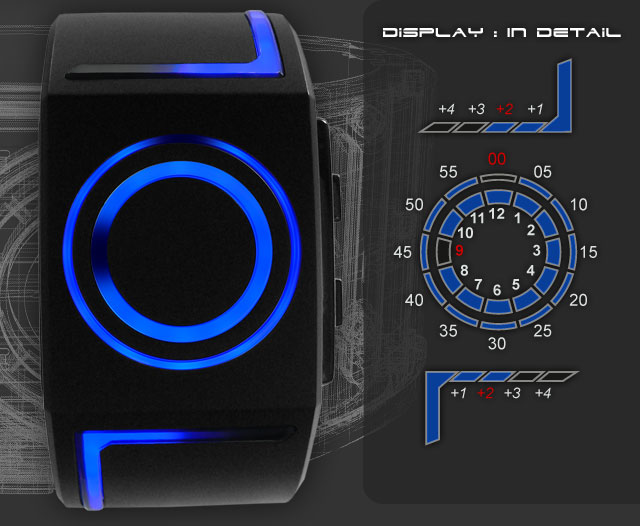