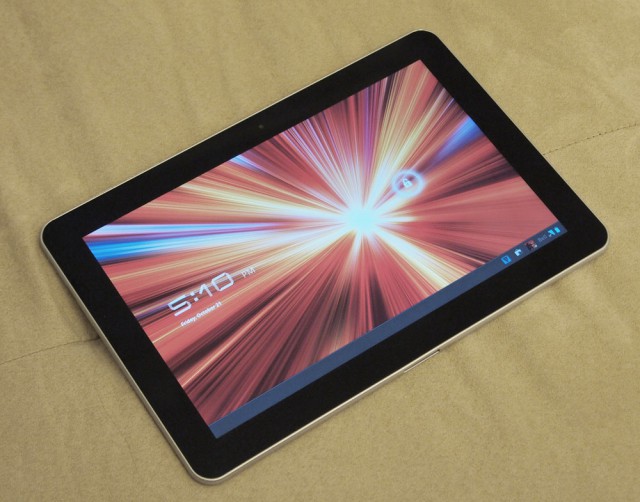 Times have changed substantially from the days of the Samsung Instinct. That was a sad dumbphone that tried to compete with Apple;s iPhone. Now, though, the Samsung Galaxy S line of Android smartphones are among the best in the business, but can we say the same about their tablets? Well, let’s have a look at one of the best in the bunch in the form of the Samsung Galaxy Tab 10.1. It’s name is pretty much self-explanatory: this is a Samsung tablet with a 10.1-inch screen. Does it stand out?

Quite unlike the original seven-inch Galaxy Tab, this version isn’t running on a stretched out version of a smartphone operating system. Like the Asus Eee Pad and Motorola Xoom, the Samsung Galaxy Tab 10.1 has Honeycomb under the hood. There is some customization with TouchWiz too. It’s still unclear whether this will be upgradeable to Android 4.0 Ice Cream Sandwich at some point in the future, but I’m perfectly happy with Honeycomb for now.

This particular review is of the Samsung Galaxy Tab 10.1 4G from Bell Mobility, but it’ll largely be the same Tab 10.1 as you’d find elsewhere like the recently “leaked” date from T-Mobile on November 2.

It’s not Super AMOLED Plus, but it’s still very bright and vibrant. It boasts a 1280×800 pixel resolution. As with so many other tabs of this ilk, it gets a dual core 1GHz processor, 1GB RAM, 16GB storage, WiFi, GPS, Bluetooth, and so on. The camera on the back is a 3MP unit capable of 720p video recording. The “4G” part of the name refers to the HSPA network compatibility with speeds up to 21Mbps.

That was the first thought that struck me when I opened up the box. Yes, I realize that most tablets are relatively skinny these days, but with just a 8.6mm profile, I believe the Galaxy Tab 10.1 is the skinniest of them all. That may or may not be a good thing, depending on your personal preferences. I had a friend say that he didn’t like that it was so thin, because it made it more difficult to get a good handle on it.

Coupled by the fact that the back is a slippery glossy plastic and you can see how grip might become a bit of a concern. Contrast this to, say, the slightly thicker Asus Eee Pad Transformer with its more textured back and you’ll notice the difference right away. Even so, I didn’t find the slippery back and super slim size to be much of a problem at all.

The design is actually very simple with just three buttons in total. There’s the power button, of course, and the two volume control buttons. That’s it. Ports are very simple too: you get a headphone jack, a charging port, and a slot for the SIM card. This relative simplicity is both a blessing and a curse. 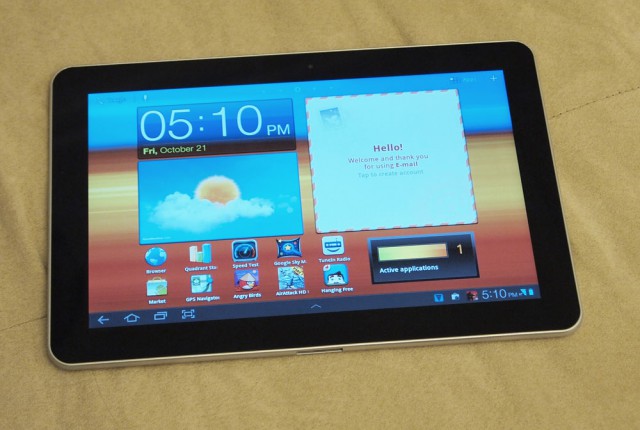 It’s Honeycomb All Over Again

There’s not a lot to say about the UI, since you’ve seen it all before. Yes, Samsung has gone through the trouble of putting a few tweaks here and there with TouchWiz, like several of the Samsung-specific home screen widgets, but they’re relatively minimal. I did like how there was a dedicated screenshot “button” near the home, recent apps, and back “buttons” on the screen, though, but not everyone will want or need that kind of functionality.

The settings menu looks a little different too, but I wouldn’t say that it’s necessarily any better or worse. Getting at the hotspot functionality seemed a little simpler, including the ease of changing the security and password settings, but these are all really minor.

Battery life was again on par with other Android tablets, getting somewhere around 8-10 hours under constant usage. Naturally, your mileage will vary considerably here depending on how and how often you use the tablet. With intermittent usage, I could get a couple days before needing to reach for a power outlet. 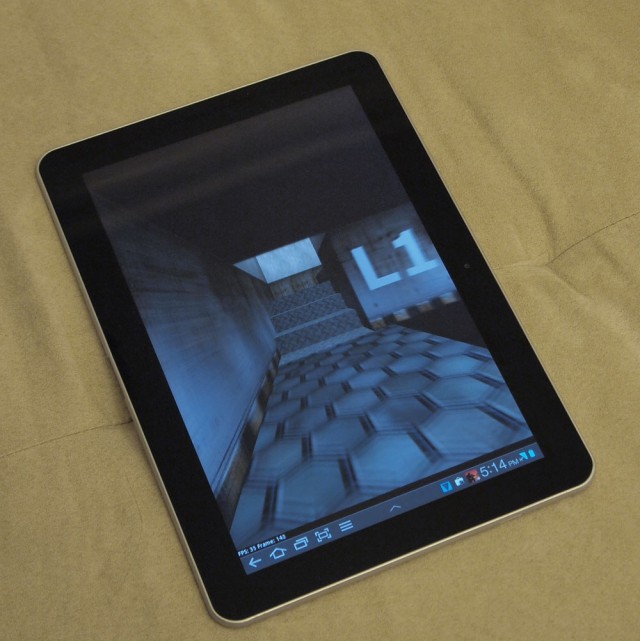 To give an objective test to the performance, I put the Samsung Galaxy Tab 10.1 through Quadrant Standard. The results were within the realm of expectation, getting anywhere from 2022 to 2288 in the few iterations that I attempted. This range is similar to other Honeycomb tablets with similar specs.

General everyday performance felt reasonably smooth most of the time and it stood up to par with other similarly equipped Honeycomb tablets that I have tried. The exception was when I tried to play YooNinja, a game where a ninja runs quickly across the screen. The game played much more slowly than I had experienced elsewhere, but I’m not sure why: other games seemed to be just as smooth as elsewhere.

As far as the 4G network was concerned, I ran a few tests with Speedtest.net in the Vancouver area. Ping was typically under 100ms with the download speed in the 2-3Mbps range. This is a far cry from the claimed maximum of 21Mbps. It is nice to see the upload speed approach the 2Mbps range, though, which is certainly handy if you’re going to be uploading any of that 720p video you’ll be shooting. This is nowhere near 4G LTE, but for a tablet, it does the job just fine. 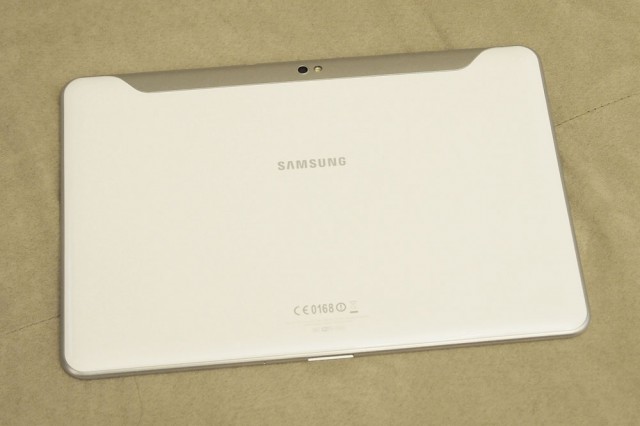 Considering that we are on the eve of Kal-El, it’s harder to recommend a current Honeycomb tablet like the Galaxy Tab 10.1. You can’t get it in certain countries and I can see why Apple would say that it’s a little too similar to the iPad in some regards. Even so, the Galaxy Tab 10.1 is a seriously solid tablet with an attractively slim profile, decent performance, and a svelte user interface.

If you’re looking at current dual core Honeycomb tabs, though, I would still take the Eee Pad Transformer over this, if only for the added flexibility of the keyboard dock. In general, I like the Samsung over the Motorola Xoom and LG Optimus Pad, but that could be because of the brighter screen and overall better-looking package.