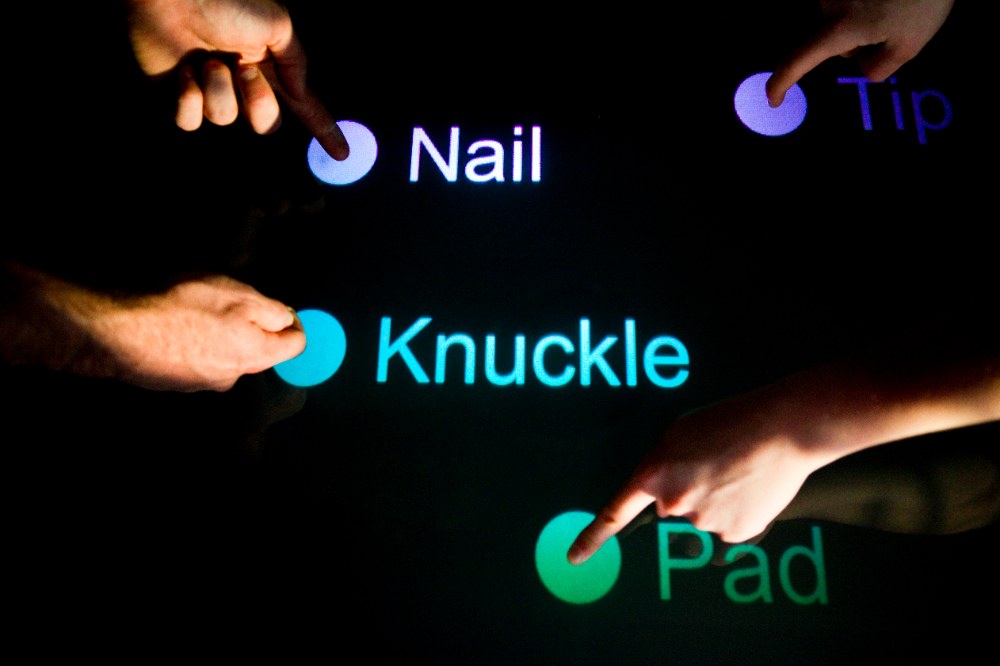 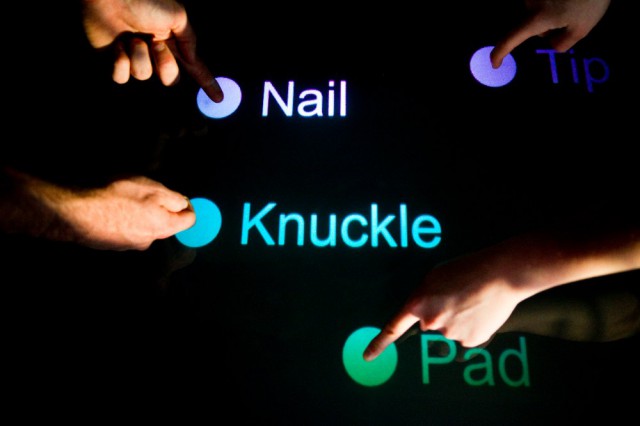 Because we never use the same part of our finger when we play with our touchscreens, some researchers have developed a way to enhance the interaction options by simply adding a microphone to the screen.

Carnegie Mellon Universities have found a way to distinguish between the tap of a fingertip, the pad of the finger, a fingernail and a knuckle. What’s the use of it, you ask? Well, TapSense makes it possible for making room for more content on the screens, because by using another side of your finger you could switch between functions.

For example, you could switch to capitalized letter by using a fingernail instead of a finger tip, or switch to numerals, rather than toggling a different set of keys.

The way it tells the difference between the part of your finger is by classifying the sounds they make when they touch the screen. So, an inexpensive microphone could turn your device into a – literally – multitouch screen, as they say the mics already built in the phones aren’t designed for capturing the sounds TapSense needs.