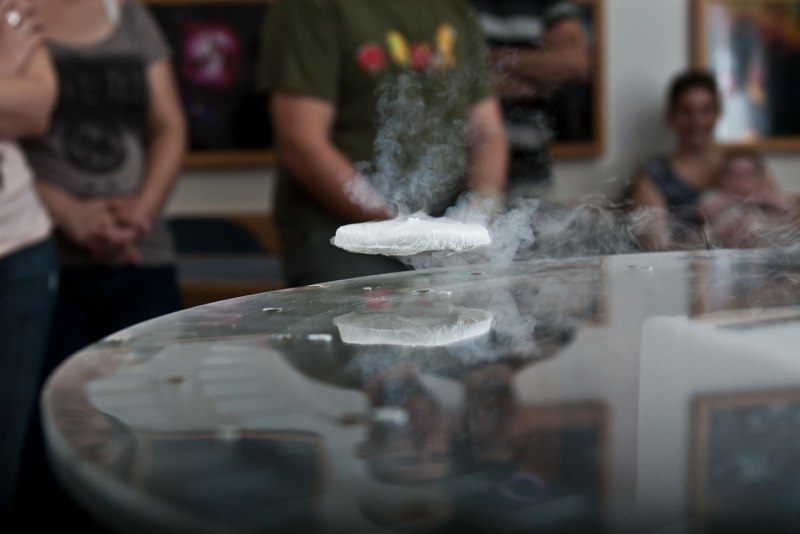 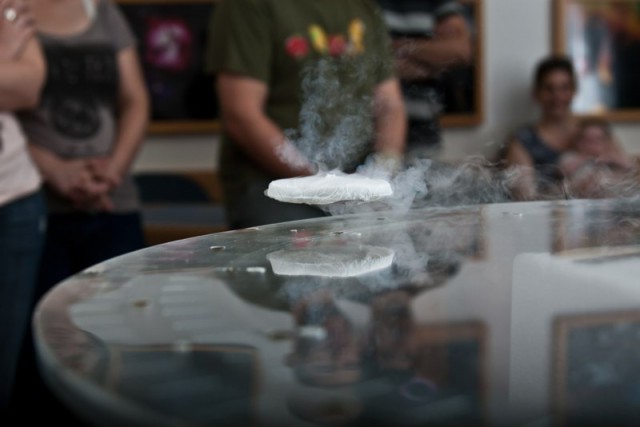 Ever since I was a kid I dreamt — like most other kids — to be able to fly. Heck, I’d even be contempt to levitate like those magicians used to pretend to do. While that may never actually happen, I can’t stop to say how cool an experiment at the Tel Aviv University is.

At the 2011 Association of Science – Technology Centers’ annual conference held in Baltimore, the Tel Aviv University team demonstrated one of the experiments they have been conducting.

By using a crystal sapphire wafer 500 microns wide, coated in a yttrium barium copper oxide ceramic (which, I’ll just pretend to understand what it is) and cooling it below -185 degrees Celsius by using liquid nitrogen it becomes a superconductor, which means that it’s able to conduct electricity without energy loss or resistance.

This enables the sapphire wafer to become locked in a levitation state above a magnetic surface and travel in mid-air. The professors explained that the magnetic field penetrates into the superconductor and this causes it to float in midair in an effect called “quantum levitation”.