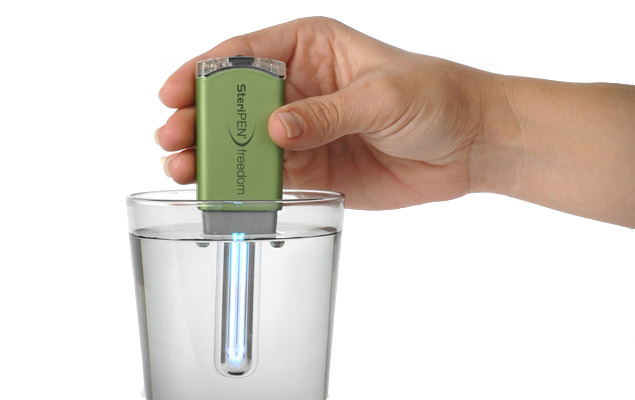 While most of us are used to drinking chlorinated water straight from the tap, in other parts of the world drinking like this could often lead sickness and death. When traveling to other countries what do we do? One company has launched the SteriPEN Freedom, which basically destroys bacteria, viruses and protozoa such as giardia and Cryptosporidium that create the biggest problems. You could just boil the water too, but that takes time and sometimes sparking a fire isn’t always an option.

The pocket sized device is the companies first to charge via micro-USB and like their predecessors, can sterilize up to 0.5 liter of water in under a minute. They say one liter can be sterilized by treating it twice too. The SteriPEN weighs about half the weight of most smartphones, just 2.08 oz, and uses UV light to zap bacteria by sticking the electrode in your water. The units life expectancy is 4000L of water treatment, or 80000 uses. The SteriPEN Freedom will sell for $119.95 in November.