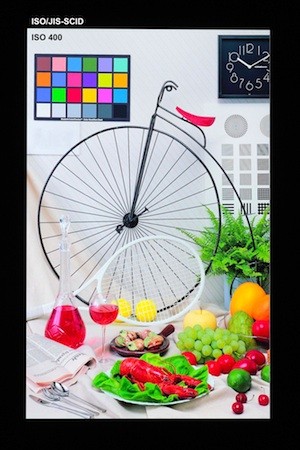 Our love for high resolution smartphone displays has driven companies to a silent war in producing the best screens out there.

Toshiba has already displayed their 4-inch 367 ppi resolution LCD earlier this year, and now has return to prove to us that they managed to outbuild themselves again.

The new 6.1-inch display for what we assume are tablets, comes with an impressive 498 ppi, an equivalent of a resolution of 2,560 x 1,600. They said that this display will show “photo-realistic” images and we must agree that the specs are quite impressive.

It boasts a 1,000:1 contrast ratio, has 16.7 million colors and 61 percent coverage of the NTSC color gamut. The display also sports a viewing angle of 176 degrees both horizontally and vertically.

Toshiba has even suggested that the display could be used to glasses-free 3D through cutting the resolution in half. Even so, their display would still be better than other comparable screens. However, now that they have created the hype, they have refused to say when the display would actually be used on a device.