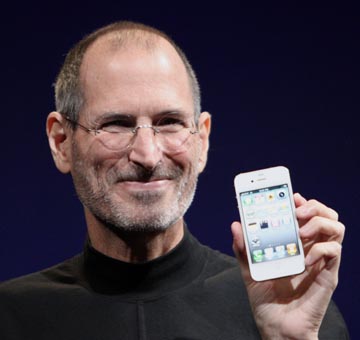 Steve Jobs was certainly an intriguing personality, but he also kept a lot to himself. Much of that gets revealed in the biography written by Walter Isaacson, who was able to get “unprecendented access” to the head iGenius at Apple. And this includes some fascinating insights into his perspective on Android, HP, and more.

These are just snippets, but they give you an idea of what to expect from the fuller book. For example, Jobs said that he was willing to “go thermonuclear war on” Android and its OEM partners. He said that he “will spend my last dying breath if I need to, and I will spend every penny of Apple’s $40 billion in the bank, to right this wrong. I’m going to destroy Android, because it’s a stolen product.”

He said that Hewlett and Packard “built a great company… but now it’s being dismembered and destroyed.” Reflecting back to his side, he continued by saying that he hopes “I’ve left a stronger legacy so that will never happen at Apple.” Similarly, in reflecting on his departure from Apple in the mid-1980s, he said the replacement execs were “corrupt people” with “corrupt values” and they only cared about making money “for themselves… rather than making great products.”

Jobs even comments on his meetings with President Obama, telling him that he’s “headed for a one-term presidency” and that he needed to be more business-friendly. He said that the “regulations and unnecessary costs” make it too difficult to build a factory in the United States, in stark contrast to the relative ease of doing the same in China.

The Steve Jobs biography is available for pre-order now with delivery expected on October 24.