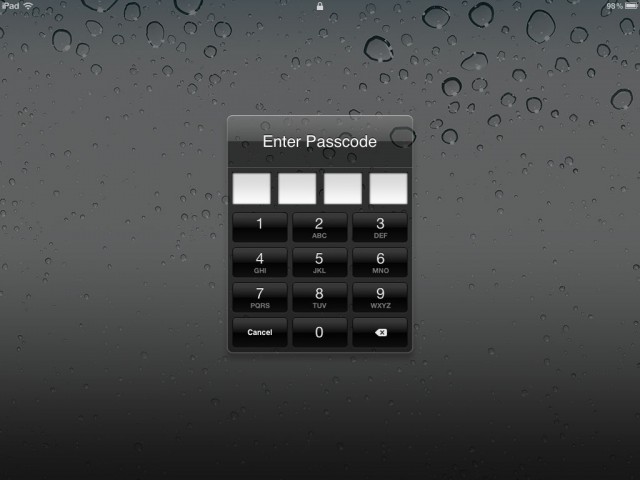 Ruh-roh. You thought that your iPad was reasonably secure because you set a passcode on a lock screen? Think again. It’s actually really easy to bypass that passcode by simply using a Smart Cover. I hope you have nothing to hide.

Basically, if you have the iPad 2 and it’s password protected, you only need to take a couple of steps to get past the lock screen. First, hold the power button until the iPad 2 takes you to the screen where you can slide to turn off the iPad. Then, close the Smart Cover on the iPad 2. Then, open the Smart Cover and tap on the cancel button. Tada! Unlocked iPad 2.

The original story says that this flaw exists in iOS 5, but there are also tales on the web of the same flaw being experienced on the iPad 2 running iOS 4.3. The good news is that there is a temporary fix that is just as easy to do. Go into the settings menu under the general tab and disable Smart Cover unlocking.