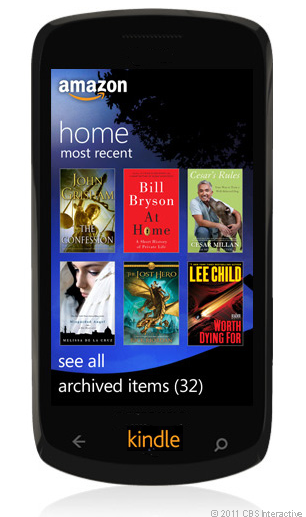 With news of Amazon taking a step up the gadget ladder and bringing their tablet, Kindle Fire, into the game, we question if they plan to take the next step and perhaps produce a Kindle smartphone.

Amazon is known for their Kindle line which now includes five e-readers and a tablet. Many have wondered in recent years when they will join the smartphone producer list, considering their products sell like hot cakes.

The Kindle Fire already works on Android so why wouldn’t they use that same Operation System for, let’s say, a mini version of their tablet – a smartphone? Chances are they wouldn’t develop their own OS because it’s easier and cheaper to just implement an already existing one. Not to mention the Amazon Appstore designed for Android, which would make it weird for users of their products if they had to access two different stores.

Considering they pride in producing high-end quality devices and selling them for next-to-nothing, a Kindle phone could even come for free with a two year contract, or even if not for free, we’re sure it would cost very little. Maybe they will buy HP’s Palm arm at a bargain basement price and launch the Kindle Pre.