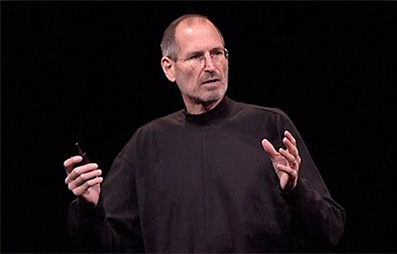 Although many have thought Apple’s innovative streak will die along with the mastermind Steve Jobs, it seems that was not the case.  According to reports, Jobs spent his last day alive daydreaming of future products.   CEO of Japanese telecom Softbank, Masayoshi Son, had to pause his meeting with Tim Cook on the day of the iPhone 4S launch. Apparently Cook was pulled out of the meeting by Jobs who wanted to discuss the products he’d been thinking of and the future of Apple.

What the two of them discussed is only known by Cook himself, hopefully we will get to see Jobs’ vision once more taking shape in the next few years.  News of this discussion lends credence to the idea that Steve Jobs had a four year master plan for what the company should do after his retirement and/or death and we can assume that at least the next generation of Apple products have Jobs’ signature.