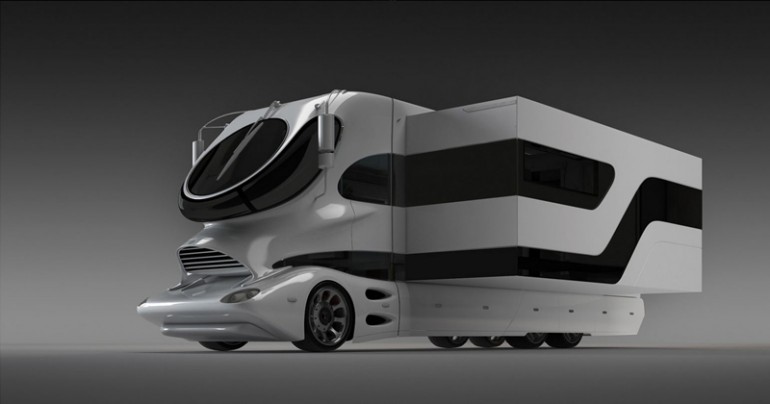 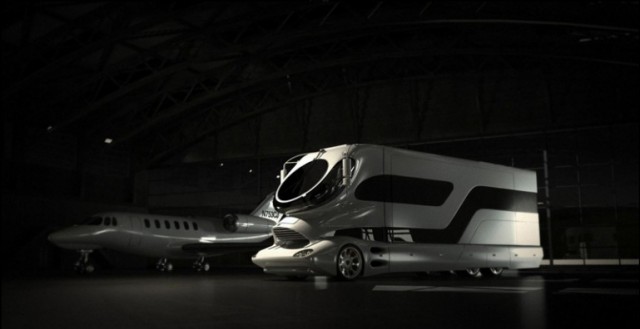 Who said that traveling the country in a recreational vehicle meant that you had to do away with the creature comforts of the country club? Certainly not the folks at Marchi Mobile, as they have just announced a new line of ultra-luxurious RVs called eleMMent. And they come in three main styles.

All of these are “partially based on a 2001 design by Luigi Colani,” and they are built upon the DAF XF 105 truck chassis. The otuward styling is already going to turn a few heads, thanks to its vast height, massive size, and unique oval-shaped windshield. They say that it’s “truly sportive” with its aerodynamics and 530hp turbo diesel engine, but it’s the inside that screams luxury.

The eleMMent Palazzo is a mobile home that’s meant to mimic the indulgences of a luxury mansion. You get a master bedroom, a full kitchen, plenty of high-end finishes, and touchscreen controls for setting up the various features. The more business-oriented may like the eleMMent Viva instead with its massage armchairs and conference room-like configuration. And finally, the eleMMent Visione is meant to be a promotional showroom on wheels, complete with up to 430 square feet of showcase space and plenty of flat panel TVs.

Personally, I think it’s kinda ugly (the front end looks like they plopped a giant RV on top of a squished sports car), but it’s not like I’d complain if this is how I had to travel from point A to point B. 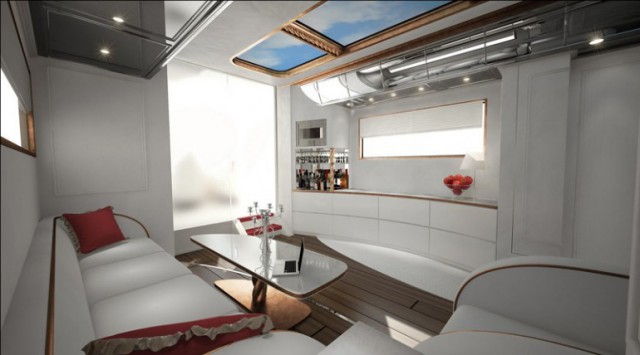