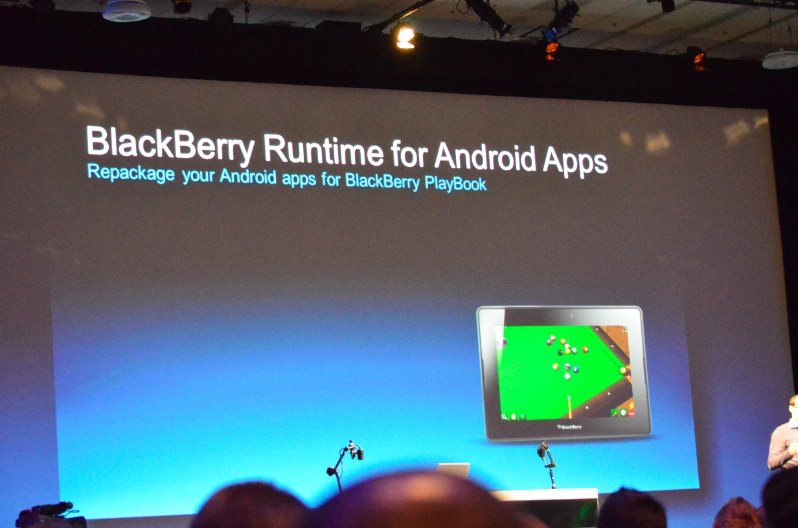 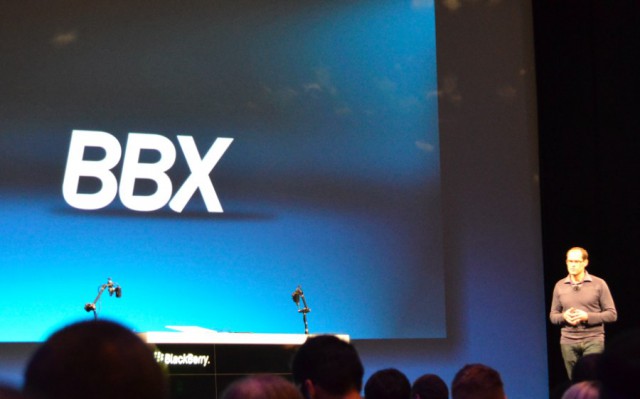 You know how we heard QNX still doesn’t support BES? I guess one way around that is to create yet another operating system and that’s exactly what the Waterloo crew have decided to do, today announcing the next-generation BBX OS for BlackBerry smartphone and tablet devices.

Mike Lazaridis, who is still recovering from the recent BlackBerry outage, took the stage at RIM’s app developer conference to announce the new development. Basically, BBX is a middle ground between QNX and the company’s usual BB OS stream.  After apologizing for the outage and offering $100 in premium app downloads to those affected, Lazaridis continued.

Research in Motion is encouraging developers to create their games using HTML5, since that’s supported by QNX, as well as older platforms like BlackBerry OS 5 and OS6. This way, they can code once and deploy everywhere. There’s also something called Cascades, which is a native UI framework built into BBX, giving developers access to low-level APIs.

On the Enterprise side, unlike pure QNX, BBX should fully support BES. What’s more, enterprise apps can get their own shelf in App World and they would then be hosted by a company’s BES (and be undeletable by employees). There’s also something called BlackBerry Balance that will provide a “corporate partition” for separating BES (work) stuff from the rest of your life. 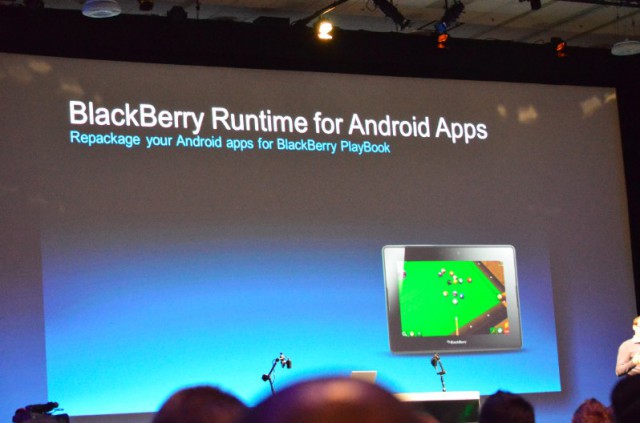 There was a brief moment discussing how BBX will support the Android Runtime.  A demo was later shown to developers in the Technical Session, but a simple app with menus was just ported.

Even though it’s yet another OS for RIM to handle, BBX could be the unifying factor to help minimize fragmentation and hopefully improve profits for BB app developers. Until we get some more details (like screenshots and demo videos), we’ll have to reserve judgement.