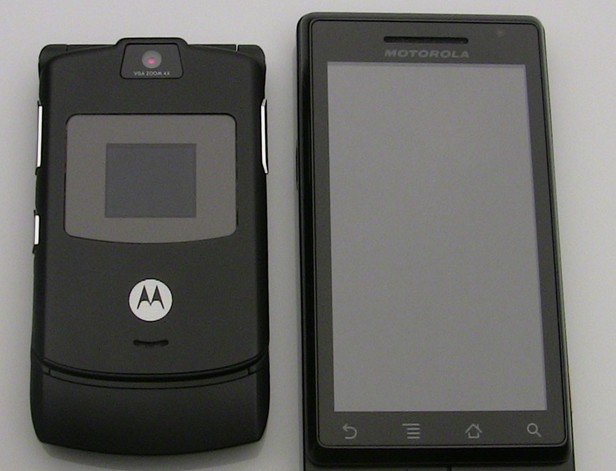 Motorola enjoyed considerable success with the RAZR line of cell phones, but it tried to ride that wave a little too long. The big Moto has since risen back to (near) the top with its DROID line of smartphones, so I guess it makes sense to combine the two successes. And so, we are looking at the specs of the upcoming Droid RAZR.

I wouldn’t go so far as to say that these specs are official, but the feature list uncovered by BGR appears to be “confirmed” in one way or another. For starters, it may not necessarily be known as the Droid RAZR. The names Droid Spyder and Droid HD have also been tossed around.

Aside from the name, it sounds like the new Android smartphone from Motorola will boast a 4.3-inch display that’s in line with something like the Droid X. Given the possible RAZR moniker, we’re also hearing that this phone will be thinner than the newly launched iPhone 4S. The 1.2GHz dual core processor and 1GB of RAM should also make it faster, along with the embedded 4G LTE connectivity. It might have Ice Cream Sandwich, but I’m guessing Gingerbread is still more likely, at least initially.

In any case, we’ll know for sure when Motorola holds its event on October 18. That’s only a few days away, though I have a feeling it may be overshadowed by Samsung and Google’s pending unveiling of the Nexus Prime (or Nexus Galaxy, depending on who you ask).