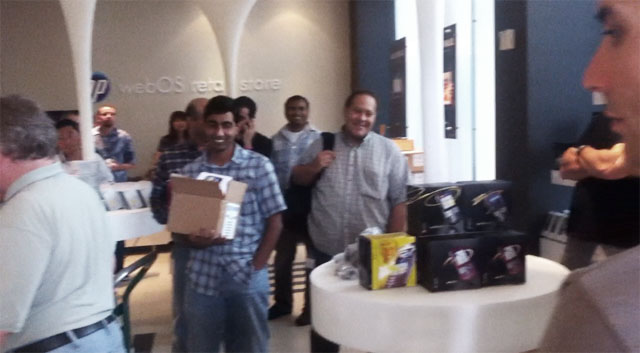 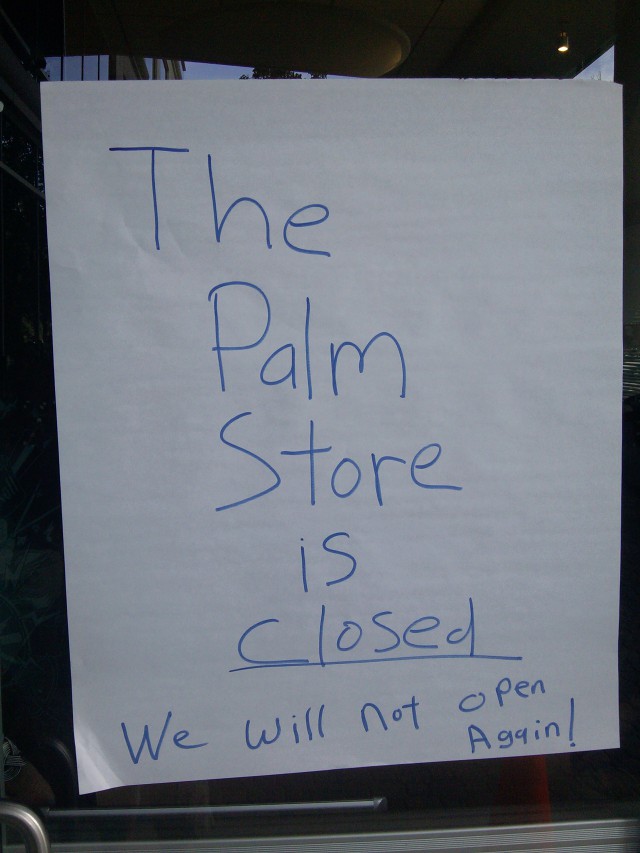 Today HP had a bargain blitz clear out and officially closed their Palm Stores, forever.   The move comes after some odd decisions to kill off some Palm products, including the unreleased TouchPad tablet, and even their Pre 3 which is one of the nicest handsets with QWERTY keyboards i’ve typed on.

After paying $1.2 billion last year for Palm, HP continues to cannibalize themselves in mysterious ways.  Not many people know why, but it could be attributed to the internal politics of their board members.  Dozens of people lined up to get deals on the Black Veer for $50, Pixi units were selling for $25 or $15 for 4 or more, and the old Palm Touchstone was $2.50.  No TouchPads were made available for this sale, as most were snapped up by employees internally.  Goodbye Palm, you will be missed. 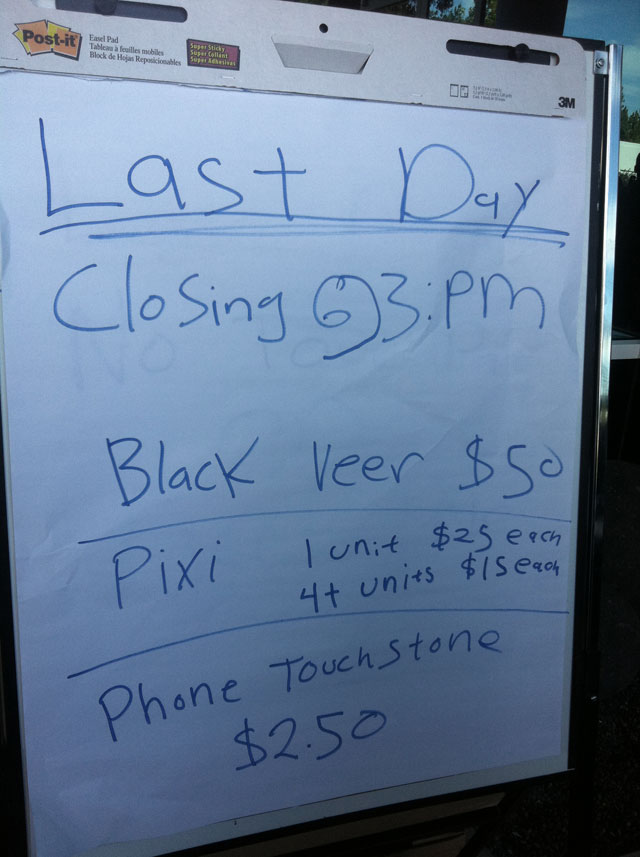