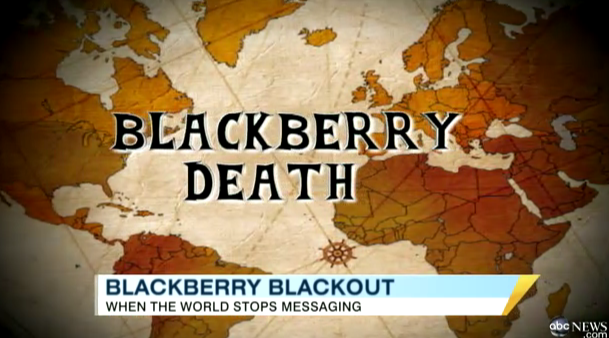 Research in Motion knows that its company has seen brighter days, but the recent BlackBerry outage has added plenty of fuel to the fire. While they are quickly working to fix the situation, RIM founder Mike Lazaridis has come forward with a public apology for the whole situation, saying sorry by way of online video.

They say that they’re working around the clock to get the situation under control. “Normal levels” of service have been largely restored in Europe, the Middle East, India and Africa, but they’re still ironing out the kinks and you’re going to have some late messages trickling through. The good news, if you can call it that, is that Laziridis says compensating angry customers is “something we plan to address very soon. And that is a priority.”

Yes, RIM used to be a precious Pearl in the business community. However, they stopped making Bold moves and the rest of the industry threw Curve ball after curveball. They’ve got another Storm to weather and the future looks like it might get Torched. (Sorry, I couldn’t help myself.) Maybe the lack of BES support in the QNX-powered Colt isn’t such a bad thing?

Lazaridis admitted: “We don’t know why the switch failed and why service never failed over to another alternative switch.”
Someone spoke about compensation for RIM users, Lazaridis said it “was something we are thinking about. We have enjoyed a 99.97 uptime over the past 18 months.”

The video is up on ABC News if you want to check it out.