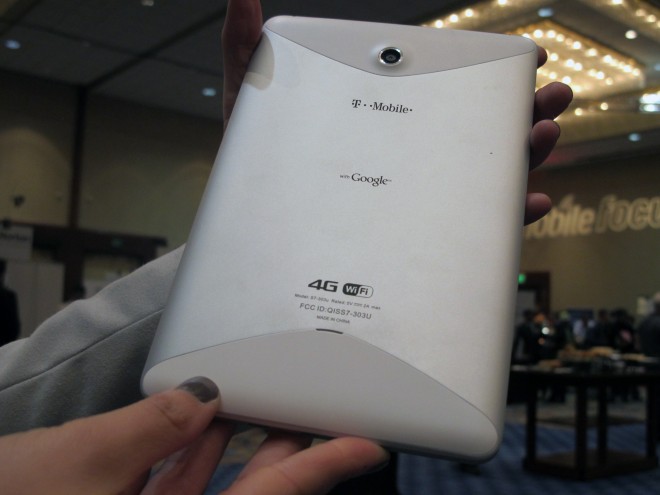 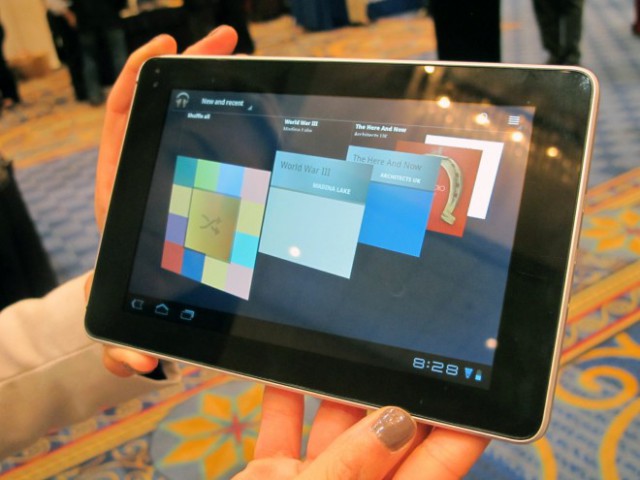 Because we needed yet another tablet on the market, especially one of the Android variety, T-Mobile has announced the launch of SpringBoard on its network. There’s one catch with this however, the price.

The SpringBoard is marketed as an affordable tablet with premium experience, featuring a 7” HD display, a 1.2 GHz dual-core processor, a 5-megapixel rear camera and a 1.3 megapixel front camera. The tablet runs on Android 3.2 Honeycomb and can access Blockbuster on Demand, Netflix and T-Mobile TV. There’s a HDMI output so you can view the videos on a bigger screen with your friends as well as a microSD card slot that supports up to 32 GB.

The SpringBoard is supposed to have 4G, which is actually HSPA+ connectivity, and is capable of downloading content as well as playing it. Blio eReader, MobileLife Family Organizer, Slacker Radio and TeleNav GPS Navigator come preloaded with the SpringBoard.

The guys at Wired got a hands on look at the Springboard this week, they seem to have liked it. 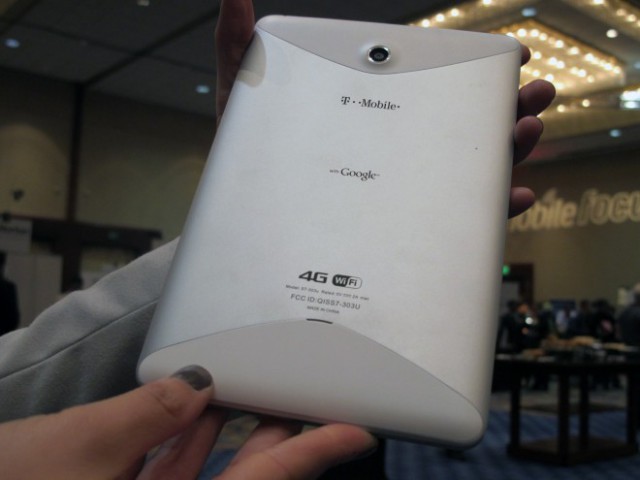 I didn’t expect a sub-$200 tablet to feel as substantial as the SpringBoard. It’s got the look of an HTC-made slate, with a sturdy exterior casing and smooth, brushed metal finish. It’s almost as if the HTC Flyer was revamped (or, perhaps, copied). Just like the Fire and the Flyer, It’s a 7-inch tablet, deviating from the norm of 9- and 10-inch competitors. With the modest heft of a trade paperback, and the shape of one to boot, it’s comfortable to carry.

No pricing has been announced yet, but most rumors predict it will be under $200, the tablet will be available in time for the Winter Holidays at T-Mobile retails stores and online.