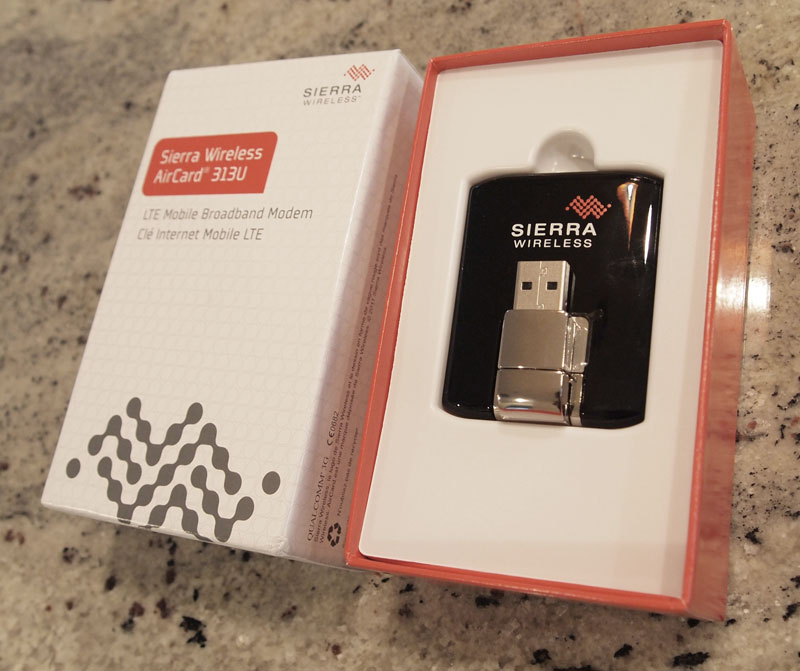 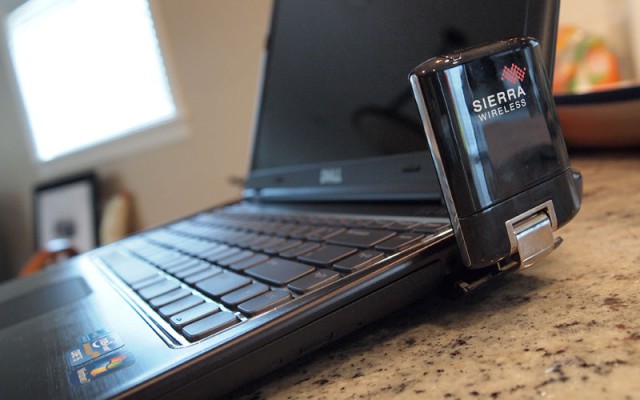 It used to be that you needed to find a WiFi hotspot, like at a coffee shop or airport, in order to get your laptop onto the Internet while you’re out on the road. The USB Internet sticks changed that, but they didn’t provide the kinds of speeds you grew accustomed to having through more conventional Internet access points. That changed with the arrival of LTE.

Rogers Wireless recently launched its LTE network in Toronto, Montreal, Vancouver, and Ottawa, supposedly giving you speeds that might be even faster than what you have at home or at work. I had the opportunity to try out the only Rogers LTE device (AT&T in the USA) at the moment — the Sierra Wireless AirCard 313U mobile broadband modem — and this is what I found.

The USB modem works in much the same way that your cell phone does. You plunk in the SIM card, it connects to the network, and you go about doing your business. This is similar to what I got with the Nokia CS-18 HSPA+ Rocket Stick last year, but in a more flexible form factor and with supposedly much faster speeds.

The setup process is easy. You turn on your laptop of choice (it works with both Windows and Mac), you plug in the modem via USB, and you let the setup wizard do its thing. The whole configuration process only took a few minutes and I was online right away. It installs a simple application on your computer that lets you connect to the Rogers LTE network, send text messages, manage your data usage, and so on.

Whereas the Nokia stick looks like a big USB flash drive, the Sierra Wireless AirCard 313U is like a small card with a bendy USB arm sticking out the end. You can slide open the “card” portion to reveal the SIM card slot. It helps that the USB portion can be folded up when not in use, making the USB modem easy to stow in any laptop bag.

The form factor, while not tiny, is certainly small enough. As mentioned, the USB arm can bend, depending on how you want to use it, but it can also rotate 90 degrees too. This is handy depending on how your notebook is configured. Also included in the package are a USB extension cable and a display clip. This way, you can “mount” the USB modem on the top of your laptop lid, presumably getting slightly better signal strength.

So, How Fast is Rogers Wireless LTE?

Since the definition of 4G has gotten quite convoluted (the existing HSPA+ network is referred to as 4G by some folks), Rogers decided to describe its new LTE network as “beyond 4G.” Using 2×2 antennas, the current LTE technology has a theoretical maximum download speed of 150.8 Mbit/s. Of course, it’s unlikely that you’ll hit this peak speed very often, if ever.

To get a sense of the speeds I could get, I tried using the card in a few locations around Vancouver and Burnaby, testing the speeds with Speedtest.net. The speeds ranged considerably, even varying a fair bit when I was in the same physical location by tested against a different data center. Speeds in Burnaby (a suburb just next to Vancouver) ranged from 14Mbps to 18Mbps downstream. Looking at the coverage maps, I should have still been within the LTE network area.

However, getting into Vancouver itself, even when I was a good 7km or more away from the downtown core, I immediately saw results north of 25Mbps. One of the best tests I achieved clocked in at 43.42Mbps downstream and an astounding 13.49Mbps upstream, including an impressive 42ms ping. That was with connecting to the Burnaby server. From the same physical location connecting to the Vancouver and Calgary servers, I got 25.00Mbps and 13.21Mbps, respectively.

Needless to say, your mileage will vary greatly, even from the same physical location, using nearly identical circumstances. To be fair, I never got lower than about 13Mbps, which is still faster than many residential ADSL/cable Internet plans. 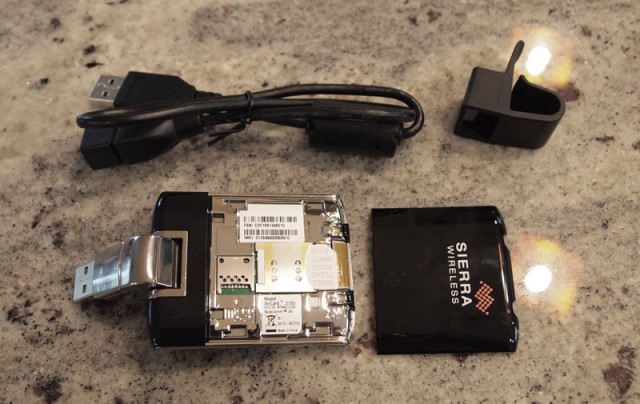 There is a $52.93 introductory plan for 10GB, which is easily your best deal. I wouldn’t use LTE to replace your home or office Internet connection, since getting through 10GB is pretty easy if you consume much media at all, but this is a fantastic supplementary tool when you are on the go and don’t want to go hunting for Wi-Fi. The “beyond 4G” LTE speeds are quite impressive and are likely faster than what you’d get at Starbucks.

The caveat, of course, is that you need to be in the service area. LTE will expand into other markets eventually, but it’s good to know that this device will fall back on HSPA+ or even EDGE as needed. The flexible form factor helps and the high speeds will put a smile on your face. Just make sure you get that 10GB plan while it’s still around.