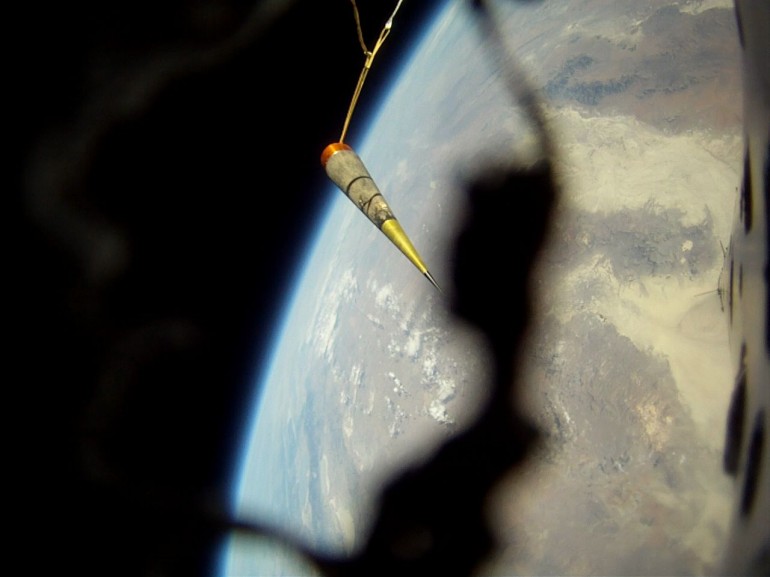 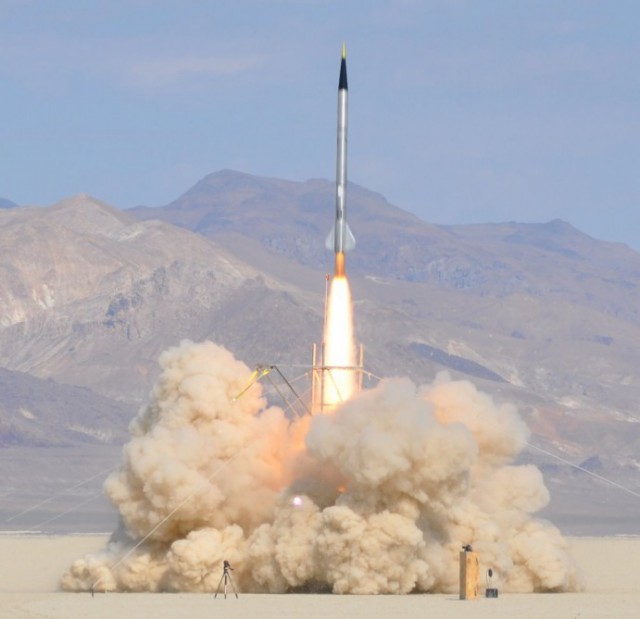 In an attempt to win the John Carmack’s 100kft Micro Prize, a home-made rocket launched into the sky and roared beyond their target altitude of 100,000 feet, reaching an impressive 121,000 feet in just 92 seconds.

Dubbed “Qu8k” by the maker, Derek Deville, honoring the classic ID Software video game, Quake.  It landed safely after 7.5 minutes and was recovered just 24 hours after launch a mere 3 miles off the launch site in Black Rock Desert in Nevada.

The rocket was constructed from aluminum and measured 8 inches in diameter, 167.5 in length and it used an APCP rocket propellent for maximum velocity during the ascent. Deville equipped the rocket with two timers, four GPS decices, an accelerometer and a couple of video cameras as well as a Flip HD camera to provide detailed footage of the flight.

Armadillo Aerospace is the company that promised to give $5,000 to the winner of the 100kft competition, but they may not give the Deville team the money because were unable to log the required high altitude GPS data to demonstrate the 121,000 ft feat.