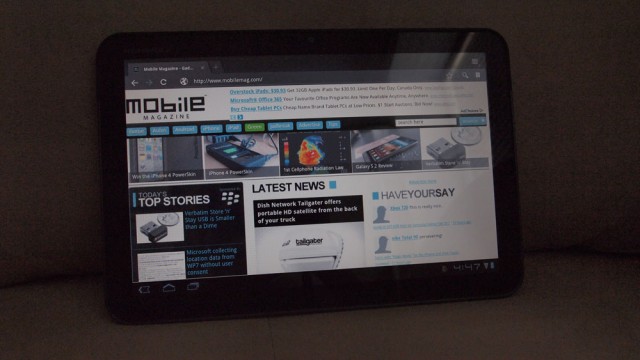 I think we all know that the Apple iPad is the current dominating force in the world of tablets. That much is obvious, but I don’t think too many of us thought that the proportions were this far out of whack. Comscore has put out a report stating that the iPad makes up an astounding 97.2% of all tablet web traffic.

That leaves just 2.8% for every other tablet, including those of the Windows 7 and Android variety (plus webOS, for those of you who snagged a $99 TouchPad). This Comscore report is just one way of measuring things, but I think the numbers just don’t add up. For starters, it is based solely on recognizing the web browser being used on the device and these aren’t always terribly accurate.

For instance, someone with an Android 2.2 Froyo or Android 2.3 Gingerbread tablet (like the original Galaxy Tab) could show up as a smartphone rather than a tablet and thus not be included in these figures. Similarly, someone with a Honeycomb tablet could be using a browser that is detected as a desktop webkit browser rather than one of the tablet variety. Again, this user would not be included in the figure.

I don’t deny that Apple’s iPad has to be the biggest dog in the tablet yard, but I don’t think 97.2% sounds right.