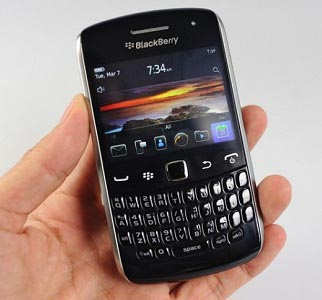 Do you remember the “Bump” app for iPhone? It effectively let you tap your iPhone with another iPhone to share contact information, multimedia files, and so on. Well, the same kind of idea is now heading to a Berry near you, because Research in Motion has announced the upcoming BlackBerry Tag app for its smartphone devices.

The concept here is going to sound familiar. When both BlackBerry devices have the Tag app, you can tap them together and they will be able to “share contact information, documents, ULRs, photos, and other multimedia content.” It can also be used to quickly and easily add one another as contacts on BBM. BlackBerry Tag functions by way of NFC.

Since it needs NFC to work, the first phones to use Tag will be the Bold 9900/9930 and the Curve 9350/9360/9370. It’ll be incorporated into the next BlackBerry OS 7 update and we assume that the upcoming QNX-powered BlackBerry smartphones will do it too, though that hasn’t been confirmed. As convenient as this sounds, I don’t think Tag is going to be such a big deal. First, Bump for iPhone wasn’t hugely popular (though some people did use it). Second, most folks are feeling pretty bear-ish about RIM’s future in the age of Android and iOS.