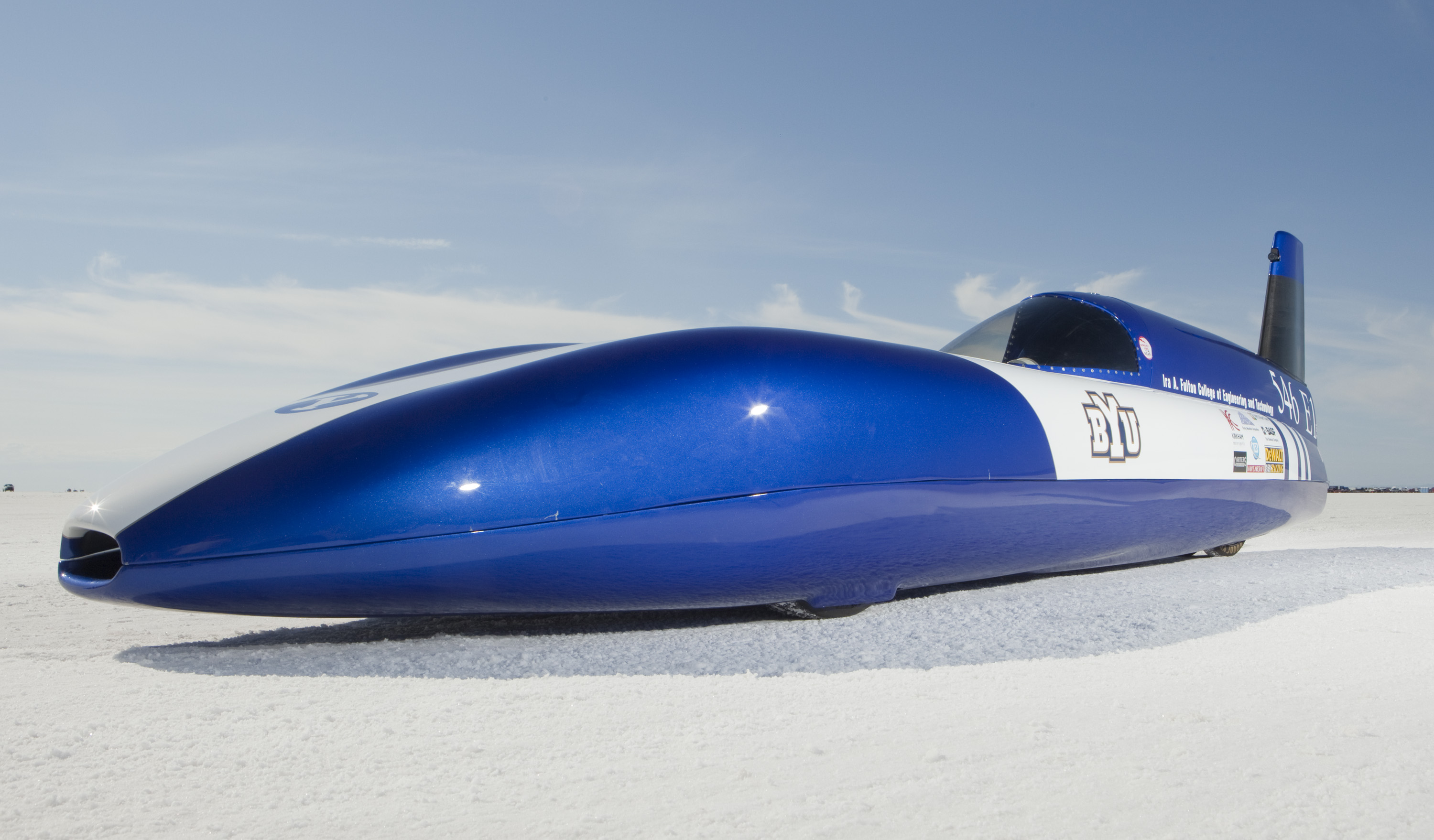 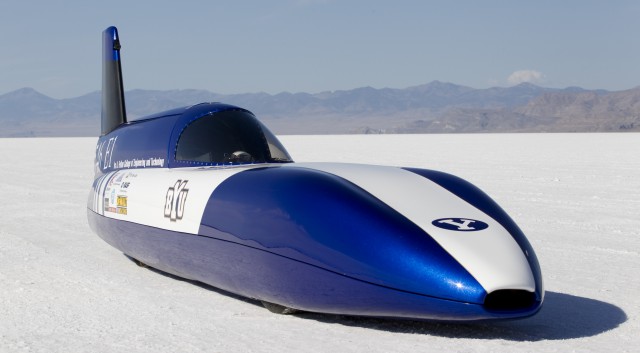 A new lightweight electric car has won over the title of the “fastest car” in their class. Electric Blue, the name of the EV, is the work of over 130 students over a 7 year period. The group of Brigham Young University engineering students have managed to build an electric car to set the world land speed record, averaging 155.8 mph over the two required qualifying runs, one of which they even reached 175 mph.

The students have been a part of this project over the last seven years under Professor Perry Carter’s supervising hand. “This is like Christmas morning,” said a former student captain on the project who went to witness the record-setting runs.

The car, a streamliner (long, slender shape), was custom-built by the students. The body is made out of lightweight carbon fiber, while lithium iron phosphate batteries power the car and helps it reach the high speeds. Electric Blue competes in the E1 class, which includes cars weighing less than 1,100 pounds.

Professor Carter from BYU has only just retired, and declared that the world record set by his latest project is “a wonderful closure for 31 years of teaching”.