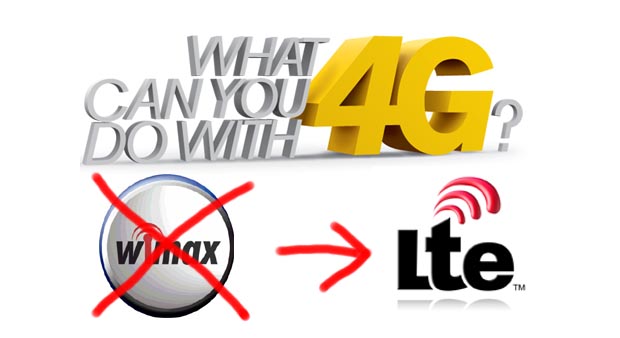 Well, maybe it’s not completely fair to say that Sprint is going to kill WiMAX, but they aren’t really going down that 4G path anymore. Instead, Sprint is making the switch to 4G LTE, following in the virtual footsteps of so many other North American wireless carriers these days.

According to the news, WiMAX will continue to expand through 2012, so if you already have something like the HTC EVO 4G, you’re still good for another couple of years. By the end of 2012, Sprint’s WiMAX coverage will be able to provide service to about 120 million people across the country. However, they won’t be expanding any further beyond that and, presumably, they’ll start to scale back on support in the enusing years.

Right around that same time frame, Sprint will start rolling out its 4G LTE coverage. The deployment will start around the middle of next year and will be “largely completed” by 2013. Sprint plans on picking up some more spectrum to supplement the existing 1900MHz spectrum, like some 1600MHz spectrum through the LightSquared deal. They’ll also use Clearwire’s 2500MHz spectrum if it needs it too. By the end of 2012, Sprint expects to have LTE covered for 123 million and that grows to 250 million by the end of 2013.

As if the WiMAX and LTE transitions weren’t enough, Sprint looks like it’s going to phase out iDEN in favor of CDMA PTT instead, completing the migration by 2013. The push tech could also be used for push-to-text, push-to-Facebook, and so on, since they’re calling the push-to-talk Android app a “gamechanger.”

So, the long and the short of it is that while WiMAX will be fine and dandy for another couple of years, you should realize that LTE is just around the corner for Sprint. In any case, the iPhone 4S supports neither, but at least Sprint gives you $10 unlimited data on that.