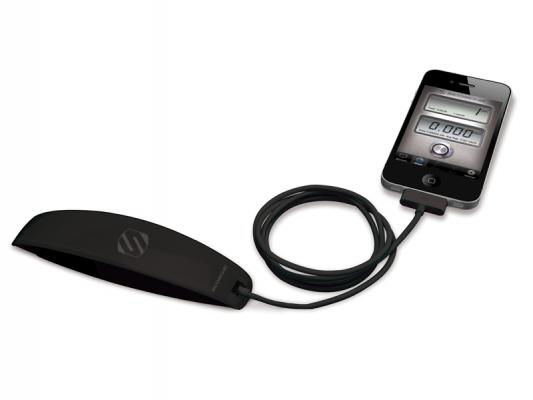 Following the Fukushima Daiichi nuclear disaster earlier this year, the world has been much more on edge about radiation levels and other related risks. Wouldn’t it be useful if you could measure radiation without some super expensive industrial equipment? Scosche thinks so and that’s why it has announced the RDTX portable radiation detector.

This radiation detector effectively works like a dongle with your iPod or iPhone and it works in tandem with the related radTEST iOS app. You can use it to detect radiation levels in the nearby area and it accurately detects gamma radiation above 120keV within +/- 10% accuracy. That’s not quite as good as the more expensive pro version, but that’s still pretty darn accurate.

Just like how you would with Speedtest, you can use the radTEST app to share your radiation results with friends via Facebook, Twitter, and Google Maps. You can see how this would be very useful in disaster situations, as up to the moment data can be posted by all the iUsers in the area who have a RDTX device.