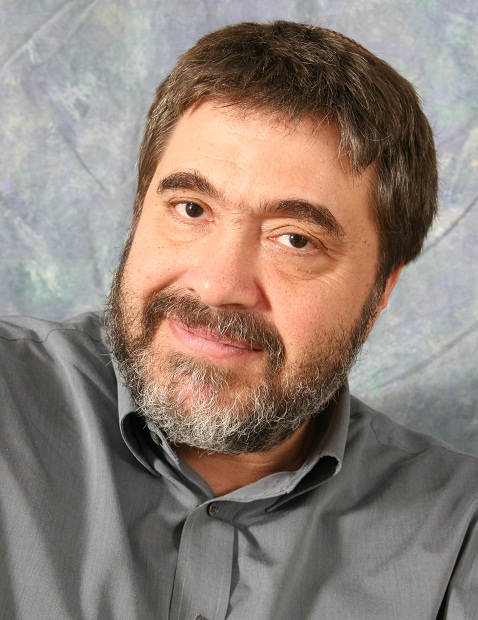 Ringtones are so last decade. Even visual caller ID isn’t that great anymore, because it gets dated and is outside of your social context. That’s why the Facetones app from Vringo could be so compelling. I had the opportunity to interview Jon Medved, CEO of Vringo, about this very topic.

MM: John, can you tell us a little about your background in the social mobile industry. 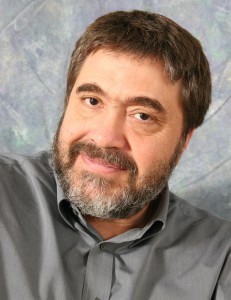 When I founded Vringo in 2006, I saw a tremendous opportunity for smartphones. Smartphones have these beautiful, large screens created for displaying visual content. In 2006 the way to personalize your phone was by having your own ringtone, but just hearing your phone ring was very last century. We identified this vacuum and decided to fill the screen with color, motion and light. At first we did this through our Video Ringtone App (aka Vringo) which allows you to set videos that you create or download from our library as your ringtone. It meant you could watch your favorite band play your favorite song, not just hear it. Then we added an extra layer of personalization and further integrated the social element by enabling your video ringtone to play on your friend’s device when you call them. It’s called VringForwardT and is a patented technology and industry first.

Our journey began by enhancing the social experience for our users within their primary social network, their phone contact list. Shortly after, we decided to integrate their extended social networks. We predicted that visual content such as photos and videos would play a major part in the social platform evolution. This is how Facetones, an animated social video tone, was born.

MM:. What is Facetones and how does it work?

Facetones is a mobile app that generates a video slideshow of your friends’ Facebook photos whenever they call you or you call them. It automatically matches your phone’s contact list with your Facebook friends so that when you ring each other, you see a visually exciting video slideshow of their pictures on your phone.

Facetones is available to download for Android, Symbian (and coming soon to iPhone) from all major app stores such as Android Market, Ovi store, Mobango, Getjar, AppBrain. We have already exceeded 200,000 downloads of Facetones and have launched Facetones with leading carriers including Verizon, Telefonica and NTT Docomo which means subscribers can download the app direct from their mobile providers’ app stores. We’re currently in discussions with several other carriers to launch Facetones.

MM: Are the photos pulled in real time? Periodic synchronizations?

Facetones refreshes itself every week but also lets you do a manual refresh. Either way, your friends pictures will never be old and boring.

MM: How does Facetones address the issue of multiple contacts with the same name? 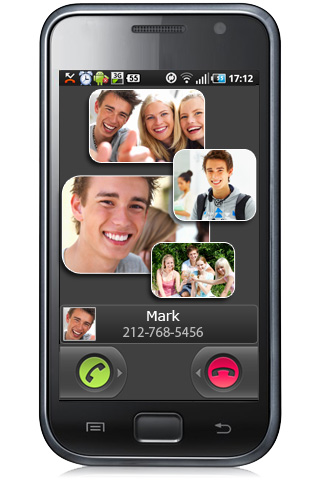 Facetones knows you might have multiple contacts with the same name or contacts who you save as one name on your phone (eg Mom) but whose real name will appear on Facebook. That’s why we ensured that the manual matching process is as quick and simple as possible; you can manually match any contact in only 2 clicks.

Facetones is ad supported but free to download. Facetones Pro does not have advertisements and costs a few dollars to download.

We also offer a subscription version without ads together with major carriers such as Verizon. With Verizon the subscription fee is $0.99 a month.

6. What trends in the mobile industry do you see really taking off in the next year or two?

Demand for mobile social interaction. As more and more people are becoming connected to the internet and social networking sites, the desire to receive instant updates and social media driven content is growing exponentially. There is an extreme demand for this social interaction to become integrated into more traditional areas of our entertainment and our lives. The Facetones concept is a prime example of the latest trend – integration between the mobile and social experiences. Estimates suggests that there are 5 billion global mobile subscribers in 2011 and 91% of mobile internet access is to socialize. We can see this trend in action with the recent partnership of Skype and Facebook. This partnership represents the future of communications: Socially connected, context rich, immediate sharing of content, free, and utilizing rich media and it has been reported that more than 50% of Skype calls today involve video. Facetones demonstrates how Vringo connects to this huge secular trend.

The Personalization imperative. More and more people around the globe are using mobile devices, and yet they want a very personal way to stamp and brand their own mobile voice and data connection to the world. Initially this was done with a ringtone-a great way of telling your surrounding what kind of person you are. Obviously the Rolling Stones, Bach or Justin Bieber each tell a different story. However today with the advent of blazing fast data networks through mobile carriers, many consumers will want to do much better with broadcasting their own personal brand across the network. This can be with a video ringtone -which is Vring forwarded or with social network pictures and updates that are shared with friends.

Video is the future. The latest smartphones, regardless of operating system, are pushing high quality video and visually stimulating content and applications at an increasing rate. The latest app designers and many mobile operators and cell phone manufacturers are coming up with innovative new ways to display video content on older models and more simple mobile devices due to their prevalence in major emerging markets with millions of consumers such as India and the developing world.

MM: What current trends do you see leveling off and fading away over the next while? 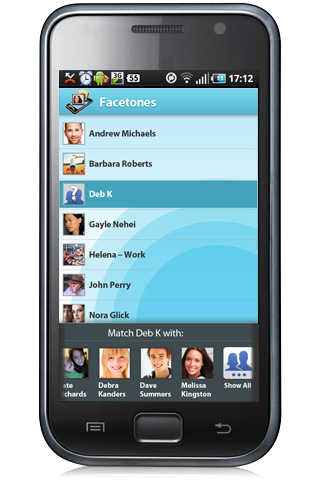 The old audio ringtone craze is over. People want more than just ri-ring from their smartphones.
They want some visual content and excitement. Thus video ringtones and social pictures and videos received while making and receiving phone calls are clearly the wave of the future.

Siloed communications is last century. The notion of separate applications and functions for messaging, chat, video, and voice will soon seem very quaint. It’s all about bringing the richest and most interesting form of communication to your phone with the best user experience. Soon all communication will seem like one big mash up.

Communications without social context will soon be over. Each time you reach out to your friends via phone you will want to share the social context we all create with our social networks. Bringing this social context seamlessly into the conversation will be where the money is made.

MM: Can Google+ and Facebook co-exist? Do people want to participate in more and more social networks?

The key to being a successful social networking platform is offering users a unique experience, or in other words, not being the same as the other guy. Over the last few weeks we’ve been watching a game of catch up by both Google+ and Facebook. Many new features were announced by both parties; however each one appeared to be already in play on the other’s site.

I think ultimately both platforms will reign for their own distinct features and will be mutually exclusive, appealing to different audiences and satisfying different needs. People will join networks that help them satisfy their particular need. For example, the reason a person signs up to LinkedIn will not be the same reason for signing up to Facebook. Facebook and G+ will need to create and develop their unique spaces. Right now Facebook has an obvious lead in social networking, and Google has an obvious lead in search. Both will continue to grow. Competition is a good thing as it will keep both platforms on their toes which should ultimately benefit the user.

MM: What other projects are on the horizon for Vringo?

Right now our goal is reaching 1 million downloads for Facetones by January 2012, but our overall goal is to use our experience and our strong patent portfolio to keep creating apps which engage and visually-excite mobile users whilst keeping them connected to their social networks. Our continual aim is to improve the mobile social and video experiences for all users. We’ll also be looking into other kinds of networks, e.g. enterprise networks, and seeing how we can take our experiences and technology to develop products for businesses.

There are huge opportunities in building video rich social apps for other needs and situations. We created a Video ReMix application in partnership with music artists and brands that allows users to create their own music video by tapping on a Smartphone or tablet. We also developed ‘Fan Loyalty’ which is a platform that lets users interact, vote and communicate with contestants in certain reality TV series and even set their performances as video ringtones. It was first launched in June 2011 for the reality TV show “Star Academy” seen by over 300 million viewers in the Middle East. At the end of the day, life is made up of social interactions and Vringo is here to enhance them.