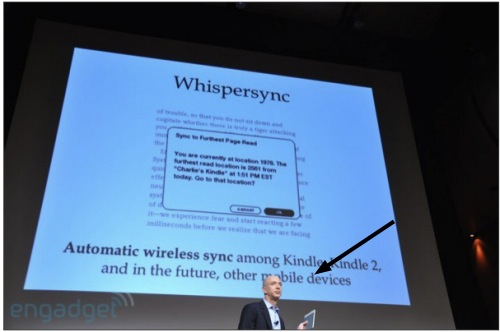 Amazon seems to always come up with something new, and in addition to its arsenal of online offerings, the company will be rolling out its WhipserSync service which is aimed to take on Apple’s iCloud.

When Amazon launched the WhisperSync with the first Kindle e-reader, it gained a big head start. WhisperSync could make a whole library in Kindle available on different devices, as well as keeping track of your books, bookmarks and notes.

Testers claim that the technology works perfectly. Its very smooth over 3G or 4G and also Wi-Fi. Amazon is really positioning itself for something big with the announcement of the Kindle Fire aside from the release of the Cloud Player and Cloud Drive.   With its Android core, the Kindle Fire Tablet will incorporate an expanded version of the WhisperSync. E-book information and Kindle library are currently synced and in addition to this, WhisperSync will also keep a record of Amazon Instant Videos.  In the future, do not get surprised if you learned that WhisperSync can handle any type of documents and media.