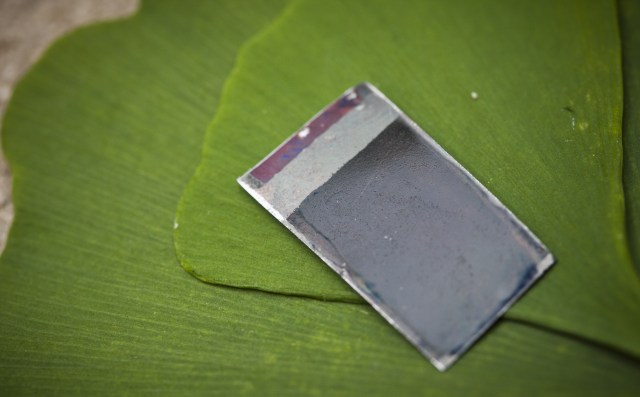 With the alarming problem of increased water consumption, this trend is a growing concern as we wonder if our planet, mother Earth, will be able to replenish the freshwater supplies before they run out.

Well, in case this worst case scenario ever comes to reality, MIT has the solution. An invention discovered and developed in one of their labs might be the answer to freshwater problems. When in contact with direct sunlight, the “artificial leaf”, as they call it, splits water molecules in hydrogen and oxygen gases which can later be stored in fuel cells. What this means is that it produces pure water, which is quite useful especially in the context of high pollution areas around the globe.

While the leaf (a semiconducting silicon coated with a special cobalt catalyst on one side and nickel-molybdenum-zinc alloy on the other) is still under research, there is hope that their idea will be usable at large scales in the years to come.