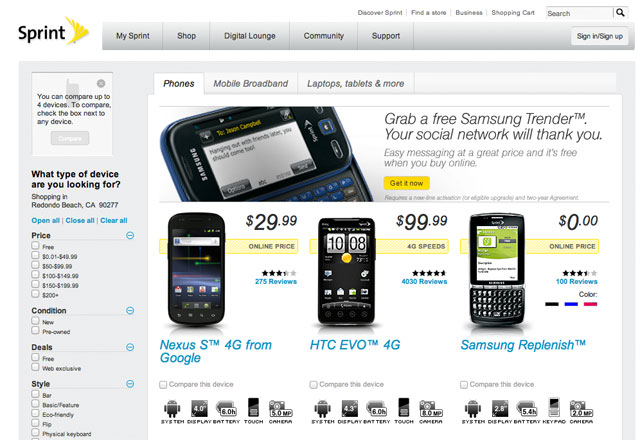 The telecomm company has just recently confirmed via an e-mail to MobileBurn that it will no longer offer the option of a one-year contract renewal to its patrons starting October 2 of this year.

Sprint customers had the choice to renew their contracts for a one year term along with a $75 discount on a new handset, but after the designated date, the options will be these: pay a full retail price on a new cell phone or sign a 2-year contract in order to subsidize the price of a new device. According to the wireless telecommunications company, they have decided to take this step because the customers largely prefer the 2-year contract option over the 1-year option. Earlier this year, Verizon Wireless also ended its 1-year contract option so I guess Sprint is just following the footsteps of this company.