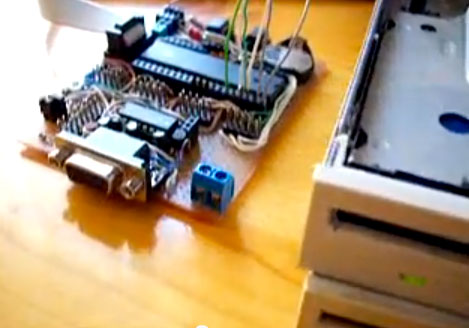 Uber Star Wars fans from the days of Galactic Federations and light sabers will enjoy this mod – if it’s real. A pair of 3.5″ floppy disk drives have been finally, after over a decade of obsolescence been put to good use.

YouTube user sh4dowww90 shows us his how he took two useless devices, made them into a pair of instruments capable of becoming an analog musical orchestra playing the Imperial March from Star Wars. The modder’s site is down, probably due to the popularity of this video (we cant imagine how much traffic a free polish host can handle). So aside from some custom made circuit board with some atmel chips, a hacked up IDE cable and a serial port, there’s not much more we can tell you at this time about the project.